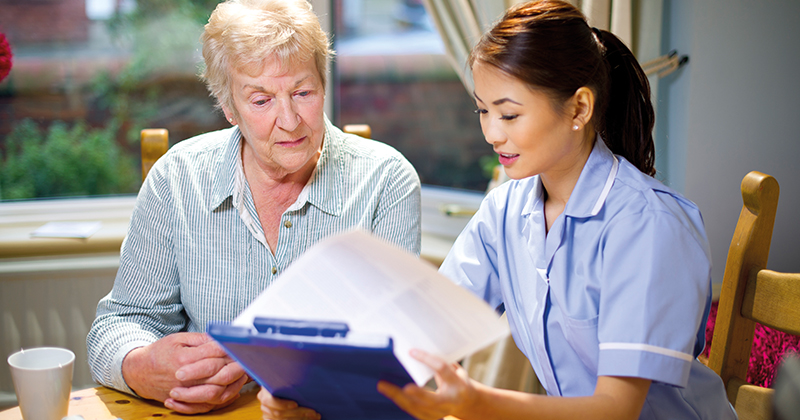 More than half the providers of two care worker apprenticeship standards are decreasing their starts, or pulling the programmes altogether, due to the government’s refusal to increase their funding.

That’s according to a new Association of Employment and Learning Providers survey, which says providers of the level 2 adult care worker and level 3 lead adult care worker standards believe the £3,000 funding bands render both of them “totally unviable”.

Many other providers said they are being forced to introduce “cost efficiencies” such as fewer in-person monitoring visits, increasing ratios of tutor to learner or charging employers more.

“The government has got to sort this out now,” said AELP chief executive Mark Dawe.

He warned the problems with the apprenticeships were part of a “full-blown crisis” in the care sector, which is going to get “even worse”.

This is after the All-Party Parliamentary Group on social care reported this week as many as 500,000 unqualified people could be passing themselves off as trained care workers, putting millions of senior citizens at risk.

The AELP wants Institute for Apprenticeships and Technical Education (IfATE) to immediately review the funding bands for the two standards, with a view to increasing the level 2 band to £4,500 and the level 3 one to £5,400, based on the average responses to the survey.

In May, a review by the institute kept the bands for the two standards at £3,000, despite calls for it to be doubled.

This caused a significant provider of the two, Professional Training Solutions, to stop recruiting apprentices to the programme, as previously revealed by FE Week.

The provider’s managing director Jackie Denyer said she was working at a 9 per cent loss upon achievement, and a 30 per cent loss if an apprentice did not achieve, at the current funding band.

Officials were accused of undervaluing the care sector, with Jill Whittaker, the managing director of HIT Training, branding the decision a “disgrace”.

IfATE said it is “fully committed to supporting apprenticeships at all levels and across all industry routes”.

“The aim with all standards that go through the funding review process is to ensure the funding band we recommend provides for quality apprenticeship training and assessment,” a spokesperson added.

“Each standard is considered on its own merits following the same rigorous processes. This was the case with the care standards.”

FE Week has asked the institute if it is now looking to increase the care standard funding rates following sector criticism.

A total of 59 per cent of respondents reported they are either reducing the number of apprentices they train, or are withdrawing the programme from their provision.

One respondent said it “cannot deliver a quality product at this cost” and the standard of training will slip if providers cut corners, which will impact upon the welfare of the care industry.

Another problem is the lack of suitable alternative programmes: while there are some relevant diploma courses which are well-regarded, the funding for them is very limited and the courses do not always provide the work-readiness employers are looking for.

Respondents to the AELP survey are currently training over 20,000 level 2 and around 17,000 level 3 care workers.

The AELP said in stark contrast to the current funding rate for care standards, the IfATE has approved a funding band of £5,000 for a level 2 animal care and welfare assistant apprenticeship programme.

“Without wishing to sound facetious, properly caring for Tiddles for some reason attracts 66 per cent more funding for an apprenticeship than training a person to care for the elderly members of our community,” Dawe said.

“I can’t imagine that the policymakers would want their own family members to be at risk, so let’s get our priorities right.”