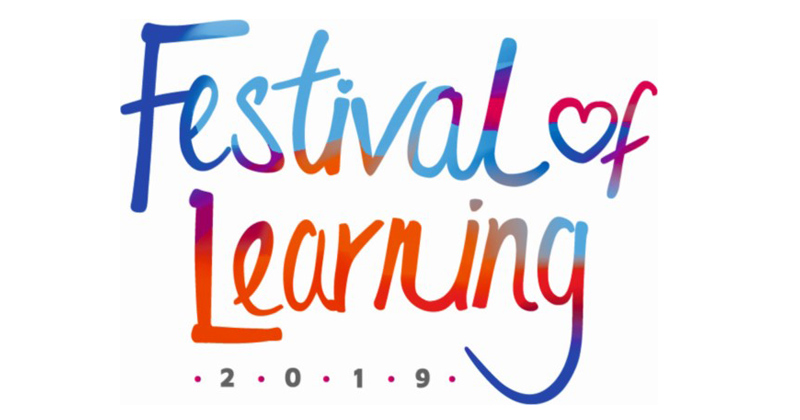 A man who left school without being able to read or write and a woman who went from staying in a care home to studying for the operating theatre are among the 12 winners of the 2019 Festival of Learning awards.

The winners were selected from more than 250 nominations to receive their prize at a ceremony held in London on Tuesday.

They include Marie Smith, the winner of the Learning for Health award: she is a survivor of sexual abuse which caused her to leave school with no qualifications and develop severe depression.

Yet after she was referred to Adult Education Wolverhampton’s Like Minds pottery course by her psychologist, her self-esteem grew and she built up some close friendships.

She is now studying for a degree in glass and ceramics at Wolverhampton University, and aims to become a self-employed artist who works in the community to help others in a similar situation to hers.

Skills minister Anne Milton congratulated the winners, such as Marie, and said she was “thrilled” to see the awards recognise the “achievements of people who are taking the opportunity to change their lives through learning new skills and knowledge”.

“It’s so important we recognise the achievements of those that follow this path and make sure they get the recognition they wholeheartedly deserve,” she added.

Another winner, of the Return to Learning award, is Stuart Ferriss: he struggled with severe dyslexia at school, was sent to the back of the class, and never learned to read or write.

He went on to work as a joiner for many years, but after starting as a caretaker at a local primary school he saw how his lack of literacy was holding him back.

With support from his employer, he enrolled on a dyslexia study skills class run by Oldham Lifelong Learning Service and on a functional skills English course.

Our award winners show just how powerful learning can be

After being made redundant from the school, he was able to secure a job as a caretaker at a local community centre, thanks to his improved literacy skills.

Also gracing the stage will be Diana Omokore, the winner of the Outstanding Individual Award, who was taken into care as a teenager but excelled at school and achieved 10 A*- B grades at GCSE.

Omokore is now studying for a BSc (Hons) in medical science at De Montfort University, alongside working as an NSPCC ambassador, a member of their youth advisory board, and a Childline volunteer.

The Learning and Work Institute, an organisation dedicated to lifelong learning, has been running the Festival of Learning since 1992.

Evans continued: “Our award winners show just how powerful learning can be and the difference that great tutors and learning providers can make.”

Those great tutors include the winner of the Tutor Award, Fiona Pickett, who did not let losing her hearing get in the way of teaching.

She instead learned to lip-read and has since trained more than 70 tutors in the subject. She is also learning British Sign Language so she can enrol students who were born deaf.

One of the winning providers, President’s Award recipient City Lit, started off in 1919 also teaching lip-reading, but to soldiers whose hearing had been ruined by shelling in the trenches of World War One.

It now has more than 1,000 tutors teaching 5,000 courses every year over a range of different subjects; including languages, visual arts, humanities and music.

The winner of the Project Award is Nurturing Recovery, operated by Bridgwater and Taunton College and North Somerset Council, which has run level 1 practical horticulture courses for people with addictions and mental ill health.

The award summary says the courses “provides a relaxed approach, with micro learning sessions and small team-based tasks complemented with yoga and other relaxation techniques”.