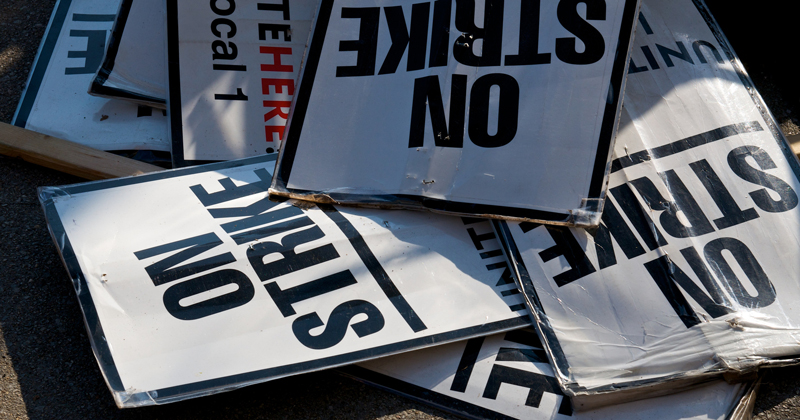 A three-day strike over staff cuts and pay will take place at cash-strapped Bradford College this week – but leaders have said it won’t cause any disruption.

Members of the University and College Union are planning to be on the picket line from Wednesday 3 to Friday 5 July in their campaign against the proposed axing of over 130 jobs.

According to the UCU, staff at the college have also only had a single 1 per cent pay rise in the last 11 years and have seen their pay decline by 25 per cent in real terms over that period.

The union members have already walked out for seven days this year.

But this latest action isn’t expected to be an issue for the college’s operations, as the academic year has ended for the vast majority of students.

“The college will remain open throughout the three-day period and students will not be impacted,” a Bradford College spokesperson said.

“The academic year has already finished for the vast majority of students but they will still be able to access facilities as normal.”

She added that any industrial action is “regrettable”, but reducing staffing costs is “essential to help secure the college’s long-term future.

“We are still in the process of consulting on the restructure plans and are committed to keeping the number of compulsory redundancies to a minimum.”

UCU regional official Julie Kelley said the union’s members have made it clear that they “are not prepared to pay the price for previous failings by the college”.

“Strike action is a last resort, but staff at Bradford face attacks on their jobs and real-terms pay cuts and they say enough is enough,” she added.

“Other colleges have shown what can be achieved when they engage seriously with us on pay and jobs and if Bradford wants to avoid serious disruption then it needs to urgently work with us to address the concerns of its staff.”

As revealed by FE Week last month, officials from the Department for Education forced a major bank – Lloyds – to halve a £40 million unsecured loan after threatening to put Bradford College into insolvency earlier this year.

The details of the last-minute deal, struck at the end of March just before the DfE’s “restructuring facility” closed, are secretive and complex but the college said it was “grateful” to both the department and bank for being kept afloat as it tries to find a further £3.5 million in savings.

A financial adviser to the college sector told this newspaper they understand the gift by the bank to be the first such significant debt write-off for a college.