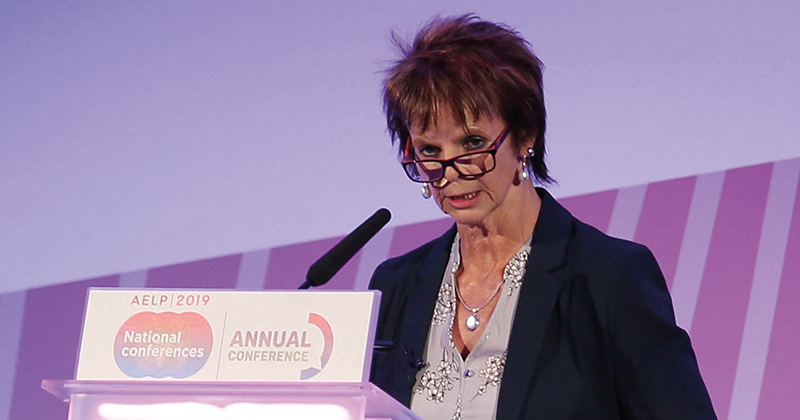 At the AELP annual conference this week the skills minister, Anne Milton, outlined options being considered to restrict employer usage of their apprenticeship levy.

Given the fall in starts since the apprenticeship reforms began in May 2017, you would be forgiven for wondering why the government would be looking at restricting employer demand.

Any new restriction would also be something of a U-turn given in April the transfer funding percentage was increased 10 to 25 per cent and employer non-levy coinvestment halved to 5 per cent.

But as FE Week first reported, despite the fall in starts the overall levy budget is on course to be overspent next year.

The Institute for Apprenticeship’s forecasted levy budget overspend was first exposed by FE Week, and subsequently confirmed in a National Audit Office report in March.

The unforeseen problem was that the “average cost of training an apprentice on a standard is around double what was expected”.

This, the NAO reported, could be accounted for because “employers are developing and choosing more expensive standards at higher levels than was expected”.

So assuming the budget is not doubled or more in the forthcoming spending review, how should we bring the expenditure down for “expensive standards at higher levels”?

One way is to reduce the funding rates for higher-level standards, something the IfA has controversially begun to do.

Providers are also typically setting prices at the maximum cap, something the ESFA could tackle by enforcing their rule requiring reductions to account for prior learning.

But all of these “measures are likely to be unpopular and could damage confidence in the programme”, the NAO pointed out.

To the surprise of AELP conference delegates, Milton said she was considering age and level caps but the most “palatable” option was to set a “pre-apprenticeship salary limit” – which would presumably kill off hundreds of £18,000 MBA apprenticeships.

Killing off the MBA apprenticeships would be welcome if, like me, you worry it is wasted public money that could have been spent on a young person. But is a preapprenticeship salary cap the way do it?

In principle, given the choice between funding a new employer or an existing one, limiting apprenticeship funding to people on low wages is attractive.

But with so many wage differentials by profession, sector and region, the setting of a simple cap could prove highly controversial.

My preference has always been to return to pre-2007 when apprenticeships were restricted to young people – aged under 25 – and there was a separate training and retraining programme for those aged 25 and over (something the National Retraining Scheme could be used for).

And as the Augar report rightly recommended, returning to the policy before May 2017 when graduates were ineligible for apprenticeship funding.

However, the first and least controversial saving would be to remove the 10 per cent levy top-up and shorten the 24 month deadline employers haveto use their levy funds.

Whatever is decided it has to be the case that with public money, “employer ownership” cannot be taken literally and before the money runs out the young job entrants need to be prioritised.