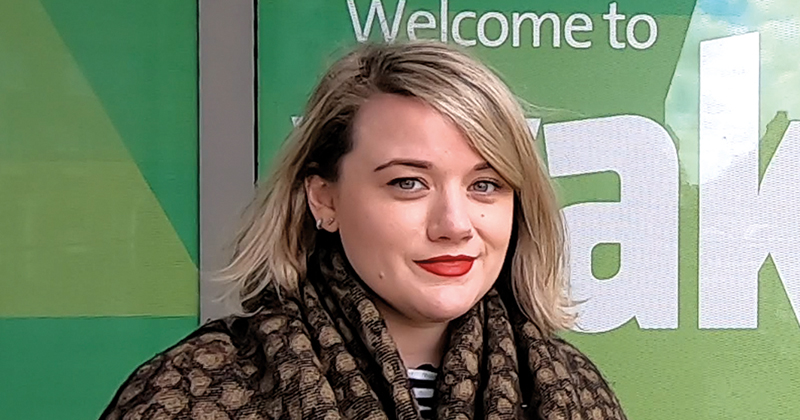 The new University and College Union boss has backed herself to successfully lead the organisation despite never having run an organisation before, saying “there is more than one way to be a general secretary”.

Dr Jo Grady, a former student at Wakefield College, was announced as the new leader of the UCU last month, having been elected with 64 per cent of the vote on a record turnout of 20 per cent.

She defeated the UCU head of policy and campaigns Matt Waddup and the president of the University of Liverpool UCU branch Jo McNeil to the job, which came with a salary of £107,448 in 2018.

Grady will be taking a leave of absence from her role as a senior lecturer in employment relations at the University of Sheffield once she becomes general secretary in the
summer.

Her background sets her apart from the previous UCU leader, Sally Hunt, who retired due to ill health in February after having served as a general secretary since 2002, firstly of the Association of University Teaching, then of its successor organisation, the UCU.

Grady, meanwhile, has a less prominent track record, having served on the union’s national disputes committee for the universities pension scheme, and as a co-branch secretary for Leicester UCU and as pensions officer for the Sheffield branch.

However, she insisted she is not disconcerted by becoming general secretary of the union that has around 200 staff and 120,000 members, saying: “Yes, it’s a responsibility and a privilege to become general secretary, but I’m not daunted because I think I have been elected with a big mandate and increased turnout by members who are eager for change.”

On what qualifies her for the role, Grady said she had been on the frontline of delivering education, and to reach her current position she had to gain experience of managing budgets and people, and negotiating changing structures.

All of this has helped her develop the skills of diplomacy, organisation and communication that are “essential” for a general secretary.

“The general secretary is more than just a manager of a large organisation, they are the head of the union and I think that’s an important and serious political role,” she said.

Grady, 35, who has been described as the grassroots candidate, said she was “comfortable” working with the community of politicians and government departments, as well as university and college management.

Asked how her leadership approach would differ from Hunt’s, Grady said she wanted to break down silos and bring in a more “inclusive” way of doing things.

The general secretary is an important and serious political role

A lot of members had felt “dislocated” from the decisions the UCU had made, she said, and it had been “really difficult to feed into what the union is doing”.

She wants to bring in the experiences of “sidelined” members, such as those who work as casual staff, by making the union more inclusive and transparent, through publishing
minutes from the national executive committee and setting up task groups on issues such as the hostile environment and migrant members.

Her specific priorities for the further education sector include trying to get more funding to spend on classroom teaching, rather than on new buildings, and tackling everyday racism in colleges. She said the latter could be seen in the case of Dave Muritu, who was suspended as a lecturer at Sandwell College after writing the word “Racist” on a poster  or the Prevent strategy.

Grady said if he had been dismissed after apologising for defacing the poster it was difficult to see the college’s decision as anything other than “victimisation of a trade union officer”.

She is hoping to meet Muritu at a demonstration outside the college this week, after members threatened to strike if he was not reinstated.

Tapping into that belief in solidarity among union members was something Grady said was part of the secret of her success.

“When you directly campaign with and to people, when you are honest about what you are asking them to do… that involves raising expectations of what we can achieve and not just accepting the managed decline of our sector, people respond to that.

“It’s a really exciting time for the union and there’s no reason to be daunted. I think this election really shows everyone is pulling together,” she concluded.

What Jo Grady’s manifesto promised to do for FE