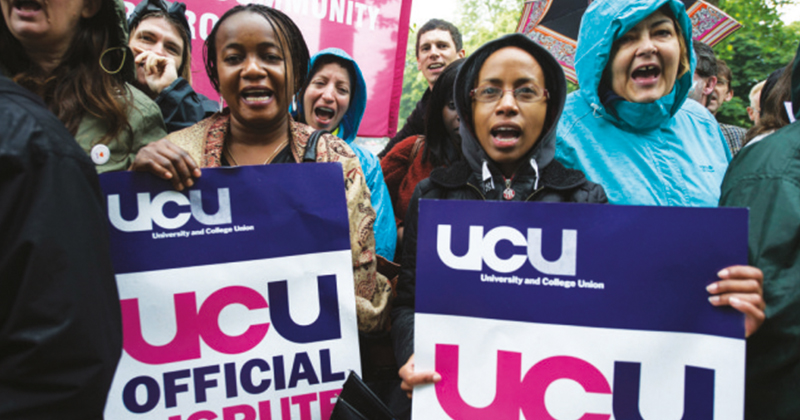 Strike action at cash-strapped Lambeth College has been cancelled after union members managed to negotiate a 3 per cent pay rise, additional leave and a reduction in teaching hours.

Members of the University and College Union at the college have walked out for a total of 10 days since November in a long-running pay dispute, but today called off further action due to take place in June.

The college, which merged with London South Bank University earlier this year, has agreed to a staff pay rise of between 2 per cent and 3 per cent, backdated to September 2018, with an extra payment of £250 to all staff earning a full time equivalent salary of less than £26,000.

Moreover, teaching staff who are on a contract introduced in 2014 will receive an additional five days’ annual leave and a reduction in their annualised teaching hours from 864 to 828 – or 24 to 23 hours per week.

These contract changes will take effect from the September 1, 2019.

Strikes were due to take place next month after UCU members claimed their pay was falling behind in real-terms “after years of below inflation deals”.

Una O’Brien, UCU regional official, said: “Too often colleges hide behind low levels of government investment to avoid giving their staff proper pay and conditions. This deal shows what can be achieved when colleges work with us to avoid disruption and look after their staff.”

A college spokesperson said: “The college recognises that prior to this year it had been five years since the college had made a pay offer to its staff. We recognise that this has been a challenging time for our staff and were keen to address this as we begin a new stage in the history of Lambeth College as part of the London South Bank University family.”

Lambeth College, which is dependent on government bailouts, has been in big financial trouble since 2016, when a “significant deterioration” in its cashflow prompted an intervention by the former FE commissioner Sir David Collins.

In December 2016 the college announced it would “join the London South Bank University family in principle”, which was finally completed in January 2019.