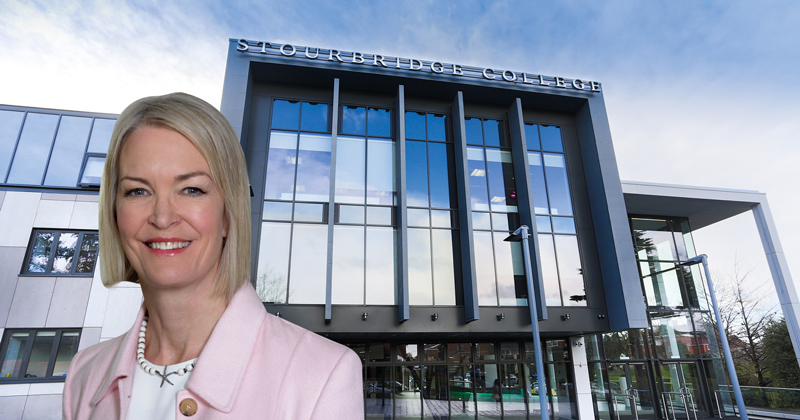 The decision to close down Stourbridge College was a “shock”, the digital minister and town’s local MP has said, describing its loss as “tragic”.

News broke this morning that Birmingham Metropolitan College will sell off the college just four years after it underwent a multi-million pound makeover.

It’ll transfer its 900 learners to nearby Dudley College of Technology and Halesowen College.

Speaking to FE Week, Stourbridge MP Margot James, who’s also the minister for digital and the creative industries, said it is a “very hard decision for the town to swallow”.

“Many residents and older people had their education there, it is a huge blow, there’s no getting away from that,” she said.

“I am very sorry that there will be considerable disruption because students are used to going to a campus and now they have got to travel. I’m sure students will be upset and anxious about this.”

“The teachers I have spoken to at the college over a long period of time have been very disenchanted with the management provided by BMet so I feel when things have settled down, apart from the travel, things I hope will be in a better place.”

Stourbridge College currently has around 200 employees. James said she has the “impressions based on conversations with a number of stakeholders” that the “vast majority of teaching staff will be offered positions at either Halesowen or Dudley”.

Redundancies are however likely for the administrative staff, “some of whom have been there for years and I am so sorry about this”.

The college’s building, which had £5 million spent on it in 2015 and was reopened by James at the time, will be sold by BMet.

“The campus has just undergone a fantastic improvement and had substantial investment, so it is tragic that it is going to close so shortly after that investment,” the MP told FE Week.

“I undoubtedly wish it would have been possible for one of those two colleges to have taken it on.”

At the time of Stourbridge College’s merger in 2013, it opted to join BMet instead of Dudley, a decision which James supported.

“There can be no doubt it was the wrong decision,” she said today.

Asked if she was personally consulted on about the decision to close the Stourbridge campus, James said she was “aware” of the FE Commissioner’s review and had meetings to discuss options, but she said the verdict “did come as a shock to me because during the discussions I had most recently with BMet and Halesowen, the impression I was given was that Stourbridge would continue under the management of Halesown or Dudley and that they wouldn’t be closed”.

The MP said she doesn’t feel she was misled as “these decisions evolve over time”.

As well as James’ “shock” at the selling off of Stourbridge College, the University and College Union today slammed the decision, saying learners were paying the “high price for years of poor management”.

“There has been a total lack of meaningful consultation with the hundreds of staff and students that will be affected, many of whom will be forced to travel to other colleges,” she said.

“The plans make no financial sense as the millions of pounds recently spent on refurbishing the Hagley Road campus will now go to waste.

“We call on the college to halt these plans and consult properly with everyone affected, as well as committing to no compulsory redundancies for staff.”

Stourbridge College had a long-term debt of £7.6 million when it merged with BMet. The college group said it is “currently working on a recovery plan to repay the outstanding balance and will work closely with the ESFA on this”.

James said it was “too soon to say” what the best scenario would be for the campus when it is sold, but it is “really gutting it’s no longer likely to be used for an educational purpose, given the population issue”.

BMet is currently subject to FE Commissioner intervention and owes the government millions in bailout cash. Its latest accounts, for 2017-18, suggest that site sales would be the main way of getting the college out of trouble.