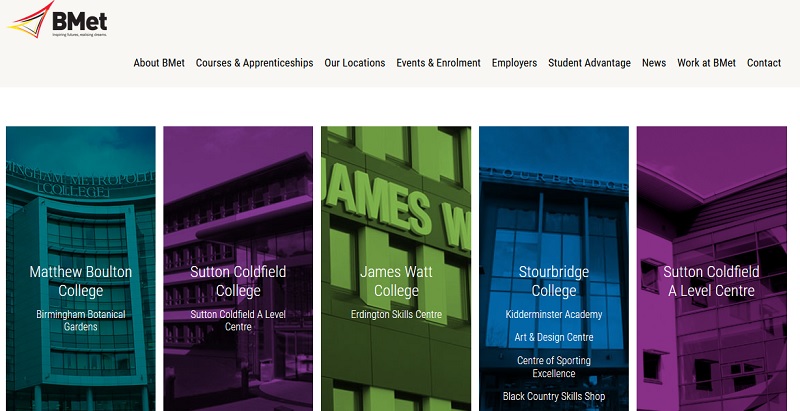 A mega college that recently saw its principal quit before receiving a third consecutive ‘requires improvement’ rating from Ofsted is looking at demerging one of its divisions.

Birmingham Metropolitan College, which has five main colleges plus other satellite sites and had an income of £58.5 million and 20,000 learners in 2017/18, is one of the largest colleges in the country.

It owes the government millions in bailout cash that it received after running into severe financial difficulty and is currently subject to intervention from the FE Commissioner.

To find savings the college, known as BMet, is reviewing its size and is likely to part ways with Stourbridge College, which it uses to teach students across the Black Country and Kidderminster.

Cliff Hall, who took over as interim principal when Andrew Cleaves left with immediate effect in September, said: “The review is being led by the FE Commissioner’s team. The plan is to make any recommendations by April.

“We are consulting all of our local stakeholders, staff and students. Any changes will only be made with the agreement of the BMet board of governors.

“Our overriding priority is continuity of provision for our students.

“In the short time that I have been BMet Principal, I have come to have the highest regard for the quality of provision at Stourbridge College.”

BMet has held a government notice of concern for financial health since July 2015.

Its latest set of accounts, for 2017/18, show that the college owed the Education and Skills Funding Agency £7.7 million at July 31 2018, of which £6 million was exceptional financial support.

The college has also been granted an additional bailout of £4.3 million from the agency, which was expected to be paid in January 2019 after it “implemented an institutional review to determine the strategic future of the college”, according to the financial statements.

The accounts suggest site sales will be the main way of getting BMet out of financial trouble.

They state that the college sold a building for £9.9 million in 2017/18, of which £7 million went to repaying exceptional financial support.

At the time of the accounts being published, BMet was selling two other buildings that are currently not being used, which the college is hoping will raise £5.3 million.

The accounts also show the college breached bank covenants on loans with both Barclays and Lloyds over 2017/18 worth £9.2 million, as it has done the two previous years.

The college’s deficit before other gains and losses was £8.5 million.

Despite its severe financial problems, BMet continued to make Cleaves one of the highest paid principals in the country in 2017/18, paying him a salary of £266,000.

A month later the college was hit with a grade three Ofsted report for the third time in a row.

BMet was created in 2009 and includes Matthew Boulton College, Sutton Coldfield College, James Watt College, Stourbridge College, The Art & Design Centre in the Black Country, and the Academy in Kidderminster.