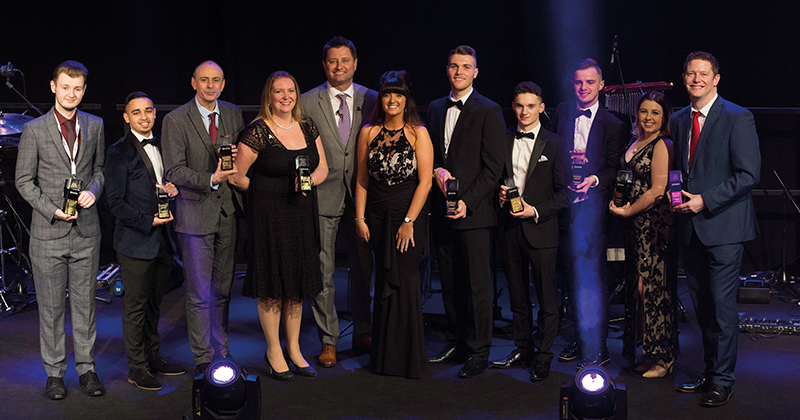 Entries to this year’s National Apprenticeship Awards are now open, where employers and individuals who champion apprenticeships will be honoured for the 16th year running.

Apprentices and businesses from all sectors and industries, from agriculture to arts and science and maths, are invited to enter the awards by the May 25 deadline.

The awards will celebrate “employers who fire up their business with apprenticeships, inspirational apprentices who blaze their own trail, rising stars with the drive to succeed and individuals who champion apprenticeships with passion”, the Education and Skills Funding Agency said.

For 2019, the ESFA has introduced a new application process for the ‘apprenticeship champion’ category. The person will now need to be nominated by another individual, rather than entering themselves. After writing a short reference, the nominee will complete the application.

Last year, a number of new categories were introduced, including the ‘rising star award’ and the ‘recruitment excellence award’. The categories have remained the same this year.

A ‘recognition award’ will also be up for grabs. For the second year, this is awarded to an individual who has made a special contribution to the promotion and delivery of apprenticeships.

The ‘rising star award’, to be decided on via a public vote, is expected to be hotly contested. Nominated by their employer, this award recognises apprentices that have made impressive progress in their career to date, and have the potential to go even further.

And for the second year running, the ‘recruitment excellence award’ winner will be selected from the employer of the year award entries and will be awarded to an organisation that has recruited a diverse and high quality apprenticeship workforce.

“I would urge other apprentices who have made a valid contribution to their company and the wider apprenticeship movement to make an application for this year’s awards,” he said.

“I never realised how much of an impact actually winning would have – I have widened connections both within and outside Weightmans LLP as well as being recognised by my peers and colleagues alike. It will take 1 hour of your time and could change your life, do it.”

Apprenticeships and skills minister Anne Milton said: “The National Apprenticeships Awards is a fantastic opportunity to recognise and celebrate apprentices, their employers and the many apprenticeship programmes and their champions across the country.

“If you know an amazing employer, apprentice or someone who is a passionate supporter of apprenticeships then please enter them and help celebrate this year’s successes. I wish everyone the best of luck and look forward to the award ceremony later this year.”

The ESFA will also be running webinars to explain the awards process in more detail.

Visit https://appawards.co.uk/ to enter the awards and sign up to the webinars.