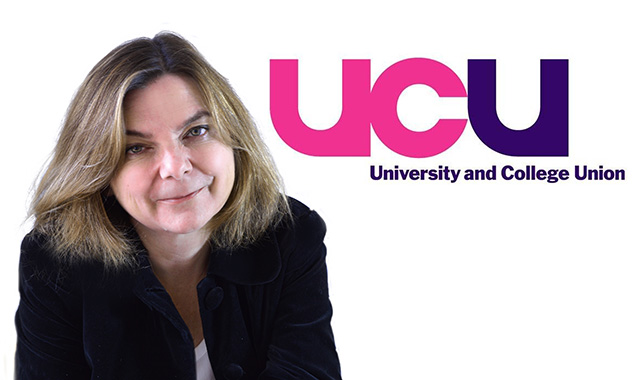 The general secretary of the University and College Union has resigned for health reasons, it was announced today.

Sally Hunt has held the top position at the union since it formed in 2007 and has won three elections, most recently in June 2017.

The union’s national executive committee will meet on Friday (March 1) to determine the process for the election of her successor.

In a message to UCU members and staff, Hunt said: “UCU is and will continue to be a great union; a reflection of its truly wonderful membership who contribute so much to the culture, politics and economy of this country.

“It is no surprise then that the union itself is vibrant, energetic and stimulating. I am grateful for the trust given to me as their general secretary and wish every UCU member and staff member well.  It has been a real honour. Thank you.”

“She was central to the creation of UCU and has led its growth and success with utter dedication to the interests of the members that we represent, and with an integrity that I know is widely acknowledged and admired throughout the movement and beyond,” Knight added.

“She has been one of the leading female union leaders of her generation and has inspired many others by her example. We will all miss her greatly and I wish her the very best for the future.”

Before the formation of UCU, Hunt had been general secretary of one of its constituent unions, the Association of University Teachers. Prior to that she had been an AUT regional official and a senior union official in the finance sector.

She has been a longstanding member of the executive committee and general council of the Trades Union Congress, and has been its international spokesperson. She recently served as TUC president in 2017/18.

TUC general secretary Frances O’Grady said Sally was a “fantastic president” and “continues to be a great champion of education and lifelong learning, open to all”.

“A strong woman in a tough job, Sally has been a source of inspiration and support to me and many others right across the trade union movement,” she added.

“Whatever Sally chooses to do next, she will be brilliant at it.”

You can read FE Week’s full profile with Hunt from 2012 here.