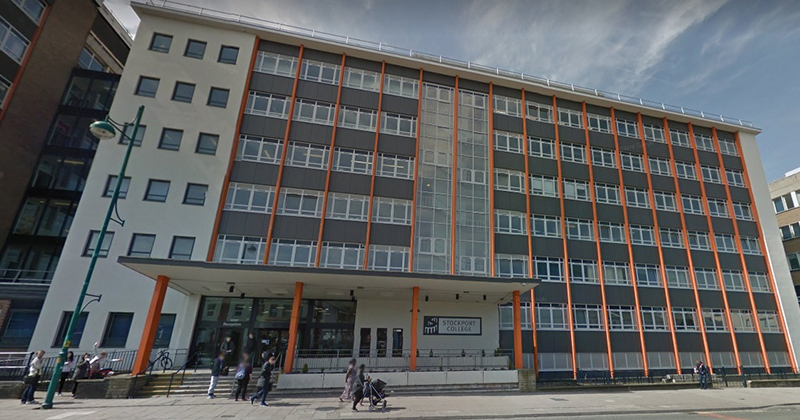 Merging with a college that was “struggling for financial survival” and required a £30 million bailout from the government was the “right thing to do”, says the principal of Trafford College Group.

Stockport College was rated ‘inadequate’ three times in five years and required a rescue package of £30 million from the government’s restructuring facility to help with its merger to Trafford College in April 2018, the latest financial accounts reveal.

Despite the financial assistance, Stockport College’s merger still resulted in a loss of £31 million for the newly formed Trafford College Group and ongoing merger plans are based on “assumptions” that could “adversely impact” financial performance if they are not met.

The college said the £30 million received so far was only part of the overall agreed financial support package it secured from the government.

Speaking to FE Week, Lesley Davies, principal of the Trafford College Group said: “Merging with a college that unfortunately struggled for financial survival for many years and received more than one ‘inadequate’ judgement from Ofsted was always going to be a challenge, but we knew, on behalf of learners and the wider Stockport community, it was the right thing to do.”

“We are committed to transforming the College’s education provision, and to dramatically improve the learning environment to ensure our learners are ready for the next steps in their career, and we are already making significant strides in a number of areas.

“I’m delighted that at the end of the academic year 2017/18 and within four months of merger we have successfully raised achievement rates.”

The accounts said the money was needed to “repay an outstanding loan held by Stockport College, create a stable property base at the Stockport campus and lay the foundations to enable the Trafford College Group to move forward with confidence”.

Key areas of spend listed in the accounts including £15.3 million in loan repayments and £9.7 million repayment of exceptional financial support from the ESFA.

The Trafford College Group has also received a £16 million skills capital grant from the Greater Manchester Combined Authority (GMCA), earmarked for “upgrading the poor condition of the current campus in Stockport” and creating “high-quality facilities”.

GMCA is shouldering more than two thirds of the costs of the redevelopment, which is expected to cost £23.3 million in total, with the college contributing the remaining third.

According to the accounts, the group “recognised a loss of £31,120,000 in respect of the liabilities transferred from Stockport College upon the merger”.

“The merger plan includes a number of assumptions regarding savings and efficiencies which, if not achieved, could adversely impact on the Trafford College Group financial performance,” the accounts stated, adding that a “turnaround specialist” was assisting with the merging process.

However, it slipped back to ‘inadequate’ in October 2016, and received the same damning grade in a report published in March last year, just one month before the merger.

The college has also had a notice of concern for financial health since December 2010, longer than any other college. It was placed in administered status by former FE commissioner David Collins in 2013.

Trafford College, which was rated ‘good’ by Ofsted, said in its 2016/17 accounts that the merger was dependent on a “successful outcome to the application for restructuring funds” to “address Stockport College’s significant legacy liabilities”.

A Department for Education spokesperson said: “The Trafford College Group was given funding after applying to the restructuring facility fund, to deliver a significant financial and quality turnaround.

“All funding is delivered with strict oversight, including terms and conditions on the funding that is linked to the college’s improvement.”