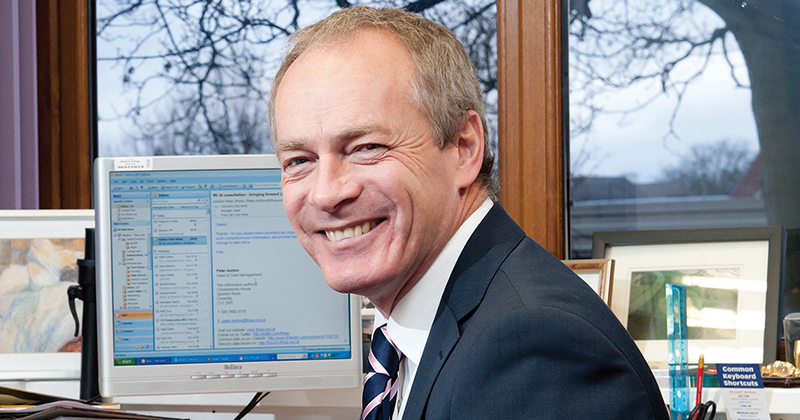 Three FE teaching apprenticeship standards will be ready for delivery from next week following a successful funding-band appeal against the Institute for Apprenticeships, FE Week understands.

The trailblazer group developing the standards had accused the IfA of exceeding its powers after claiming the proposed funding bands were just half what they would cost to deliver.

But after four years of development and a long-running battle, an agreement has finally been reached which will see two of the three funding rates increase.

Ian Pryce, principal of trailblazer group member Bedford College, said: “We are planning to deliver from September and we are pleased our appeal was listened to and we are content with the outcome.”

Originally, the IfA set the funding bands for the learning mentor, assessor coach and learning and skills teacher apprenticeship standards at between £5,000 and £9,000.

But these were binned after the trailblazer group successfully appealed against the process by which the bands were set.

The trailblazer leads for the three FE teaching apprenticeships were unable to comment about the outcome at the time FE Week went to press.

A spokesperson for the institute said: “The appeal that the Trailblazer group had previously submitted has been dealt with by the Institute.

“However, the final funding band recommendations are with the minister for final approval. No announcement on the funding band levels will be made until she has reached her decision.”

The trailblazer group appealed on the grounds the IfA had: failed to comply with agreed procedure; failed to take account of relevant information; made a decision based on a mistake of fact; and exceeded its powers. The group’s appeal was turned down on three out of four of these points, but “the appeal panel considered it was persuaded by some of your arguments” in the first point.

These related to the “transition of the process from the Education and Skills Funding Agency to the institute” and the “request from the trailblazer group regarding their attendance at route panel”.

In July, the trailblazer group won their appeal and the three standards were sent back to the IfA’s route panel for new funding bands, which should have been put in place in September.

But the trailblazer group told FE Week in October that the panel had deferred its decision.

However, the three standards are expected to be marked “ready for delivery” next week.

The IfA has been reviewing the funding bands for 60 standards since May last year, at the request of the Department for Education.

It led to a considerable amount of controversy among the trailblazer groups for those apprenticeships, as some were faced with cuts to their funding band of up to £5,000.

Many sought a review of the IfA’s decision which led to a huge increase of 425 per cent in appeals at the institute last year.

According to the minutes from a November meeting of the IfA’s approval and funding committee, there were eight appeals from trailblazer groups in 2017 and 42 in January 2018.

Out of all of the 2018 appeals: 21 were rejected, 13 were upheld, 13 were considered not in scope and three are pending a decision.

Several trailblazer groups did not appeal due to the process being limited to complaints about procedure and impropriety.

A spokesperson for the National Hairdressers Federation, a trailblazer group which did not appeal, said: “It was shocking to find out the funding band would be reduced.

“We received little explanation as to the decision, no hard evidence and no route for appeal.

“Several steering-group members wrote to ministers, strongly urging the decision to be reconsidered and outlining the detrimental effects on the hairdressing sector. Responses referred them back to the IfA.”