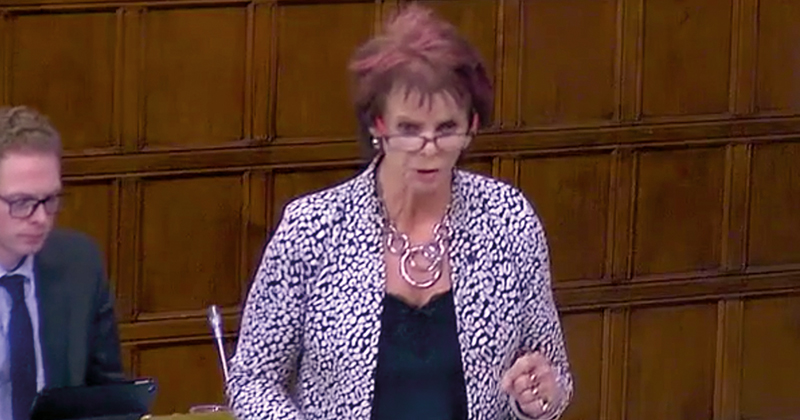 The skills minister has vowed to “dig deeper” into the drop in level two apprenticeships, and whether it might be linked to the rise in management courses.

Anne Milton was speaking exclusively to FE Week following a parliamentary debate on apprenticeships and skills at which the issue was raised.

“We need to understand exactly what’s going on,” she said.

“I’m looking at it all really,” she added.

Questions that needed to be answered around the drop in level two included whether young people were “becoming NEETs” instead, or if they were working and “aren’t prepared to take the lower salary they would get doing a level two apprenticeship”, Ms Milton said.

Her remarks followed a Westminster Hall debate on apprenticeship and skills policy on Tuesday, called by Bradford South MP Judith Cummins, at which the minister said she would “dig deeper” into the drop in level two starts.

“We are not absolutely sure what is behind the figures,” Ms Milton told MPs.

The drop in level two starts was raised earlier in the debate by shadow skills minister Gordon Marsden, while education select committee member, and MP for Hull West, Emma Hardy also spoke about the importance of level two in terms of progression.

“Level two apprenticeships have fallen, but we have seen a huge rise in management apprenticeships. I do not know what the real story is here – does the minister?” Mr Marsden asked.

“Has the government’s failure on level two been a market consequence of the way that they sold the levy? I do not know; perhaps the minister can enlighten us,” he continued.

Other issues raised during the debate included the administrative burden of the apprenticeship system, which Ms Cummins said many smaller employers in Bradford found “extremely difficult to manage”, and the regional imbalances in the skills system.

John Howell, MP for Henley, spoke about the importance of work placements in giving young people transferable skills to prepare them for an apprenticeship, while Lee Rowley, MP for North East Derbyshire, raised the topic of equipping people with softer skills, such as persistence and flexibility, to enable them to navigate the workplace of the future.