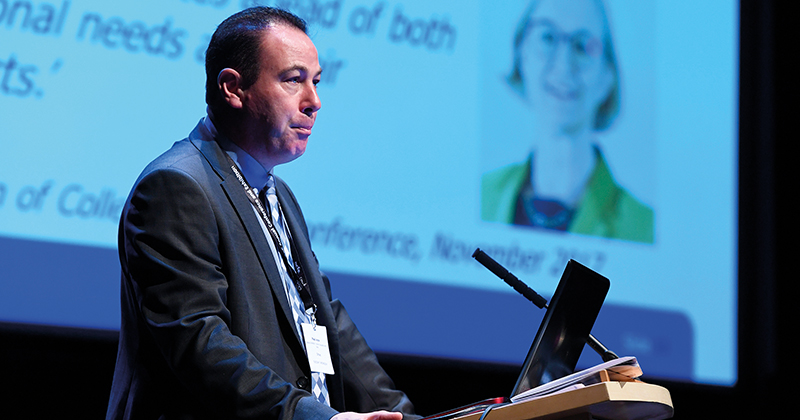 In July the prime minister claimed that apprenticeship quality had risen since the introduction of the levy and standards – even though Ofsted had found the reverse.

“There is certainly a distinction between experienced and existing providers and new providers entering the market,” Mr Joyce said.

In the case of existing providers he said the inspectorate was “seeing already” a “mixed picture, where some of those existing providers are changing, have changed their delivery model and approach and are adapting to the standards as opposed to frameworks” while “some still have a way to go”.

For other existing providers it was “a bit early for us to say” as some “who were ‘good’ or ‘outstanding’ would have been inspected under frameworks and older arrangements” – but he said Ofsted will “start to inspect those good or outstanding providers under the standards” in the “coming year or years”.

The picture for new providers was somewhat different, however.

The proportion of independent training providers to be rated ‘good’ or ‘outstanding’ fell by three percentage points this year, from 81 to 78 per cent, and Mr Joyce said “some of the decline” can be “attributed to relatively new providers being inspected for the first time”.

In May Mr Joyce raised concerns about a “Train to Gain-type programme being badged as an apprenticeship”, referring to the doomed training initiative from the 00s which gave money to highly profitable employers to train their staff when they were already willing pick up the bill.

He told FE Week that those fears remained.

“That has got to be a worry for everybody,” he said.

But he wouldn’t be drawn on whether there should be a minimum size for providers to be allowed to deliver publicly-funded apprenticeships, given the requirements of the programme.

“My view is that if you’re going to go into the market you need to understand what you’re going in to and need to make sure you are going to put in place the requirements,” he said.

“Size and capacity” are factors in “some cases” and “you do need a certain infrastructure, a certain level of experience and expertise to be able to deliver a quality service”.

“That is what providers need to make sure they have in place” but “what that right size is will depend on individuals”, he said.

The Education and Skills Funding Agency is set to introduce a redesigned register of apprenticeship providers next week, which will require providers to give more evidence of experience.

FE Week asked if that area will be subject to a similar stronger focus under Ofsted’s new inspection framework, due to be launched next year.

Mr Joyce said he welcomed the “strengthening of the register”.

“Certainly in our new framework, as with the monitoring visits, we are going to be paying more attention to whether those building blocks and foundations for a good curriculum, training and apprenticeship offer are in place,” he said.