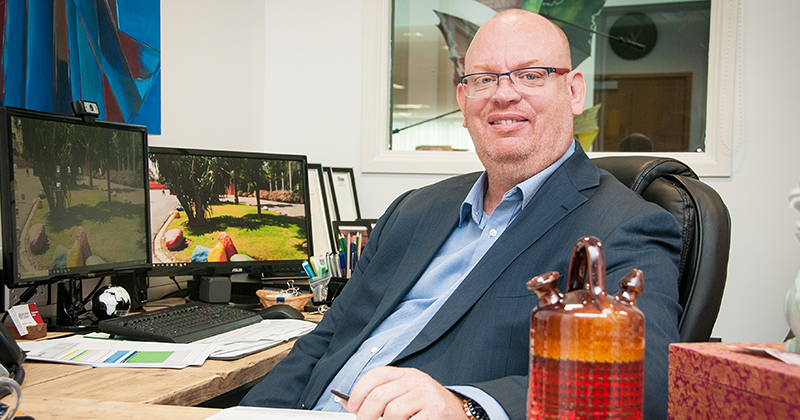 A financially troubled college that has been without a permanent principal for almost a year has appointed a new boss.

Chris Webb, who currently heads up grade one Barnsley College, will take over the top job at Bradford College in the spring, the college has announced today.

He will replace the college’s current interim principal Chris Malish, who himself took over from previous interim Chris Jones who stepped down due to ill-health, having been in post since January.

“Chris has a wealth of experience and expertise to offer and the Corporation is delighted to have secured the appointment of a successful leader who is held in high regard within the sector,” said Cath Orange, Bradford College’s chair of governors.

“We couldn’t be happier that he is coming to lead Bradford College at a crucial time as we continue on our journey to financial recovery,” she said.

Mr Webb said his new role “presented such an exciting opportunity that I just couldn’t turn it down”.

“I am delighted to have the opportunity to take on the challenge of driving Bradford College’s development and making sure it meets the needs of students, staff, stakeholders, business and the regional and national economy.”

Mr Malish, who will return to his previous role as director of finance and corporate services at the college when Mr Webb starts at a yet-to-be determined date in the spring, said he was “very much looking forward to working alongside” Mr Webb.

Bradford College’s last permanent boss, Andy Welsh, announced in November last year that he would be leaving at the end of the academic year, after the college received both a financial notice to improve and on Ofsted grade three in quick succession.

However, his actual departure came much sooner than that.

An FE commissioner report, published in March but based on a visit to the college in November, recommended that both Mr Welsh and the college’s chair step down with immediate effect and a replacement – either permanent or interim – be chosen by the board the following month.

Mr Jones took over in January, shortly after the college was bailed out twice in the space of a month – each time to the tune of £1.5 million.

The FE commissioner’s report – published in the same months the college was hit with a second financial notice to improve – revealed that the college’s dire financial position had come as a surprise to the governors.

It pointed out that it “was only at the meeting of June 22, 2017 (month 11 of the financial year) that the board were made aware of management concerns around the college finances”.

Minutes from a meeting of the college corporation in July that year revealed little sign of the trouble to come; the college had self-assessed its financial health as ‘satisfactory’.

But the college’s 2015/16 accounts revealed it had £43 million in bank loans taken out to fund a number of capital projects, and concerns were raised that it would be in breach of covenant on one of these by the end of 2017/18.

Mr Malish was appointed as finance director in August last year – after the concerns came to light.