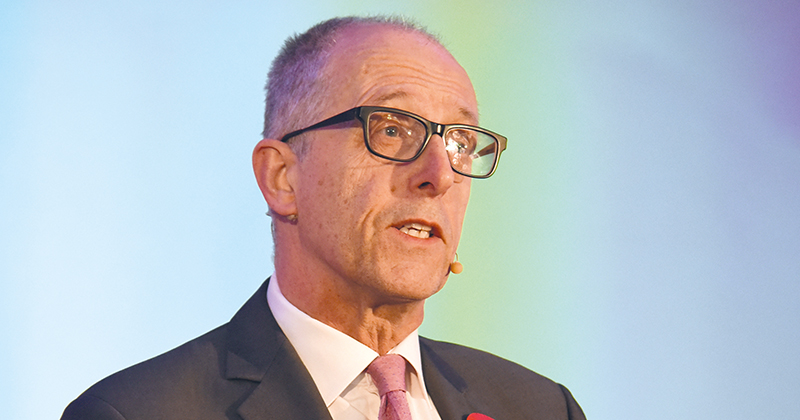 The chair of the government’s post-18 education review remained tight-lipped on whether it will result in more funding for the sector, after yesterday’s budget offered no “little extras” for FE.

Speaking at today’s Association of Employment and Learning Providers autumn conference in Manchester, Philip Augar (pictured) said his “first obligation is to report to the government” on any possible funding changes.

He was responding to a question from AELP boss Mark Dawe, who asked whether the review was looking at whether funding – whether in the form of levy cash or loans – should be available to all post-18 learners regardless of the route they take.

“I don’t really want to go to any detail about where any funding will be best placed,” Mr Augar said.

“If we do have anything to say on that probably the first person to know about that will be the government,” he added.

Mr Augar’s remarks follow disappointment across the sector that yesterday’s Budget, announced by chancellor Philip Hammond, offered no more funding for FE – particularly as he did offer schools £400 million for the “little extras”.

This was despite a national ‘Colleges Week’ campaign, which involved a march on parliament, and the launch of the ‘Raise the Rate campaign. Both called for an initial funding increase for sixth form education of £200 per student.

“The Treasury’s plans do not address the big challenges of falling investment, front-loaded spending and major skills shortages”, said David Hughes, chief executive of the Association of Colleges.

“We can only hope that Department for Education and Treasury address these in the 2019 spending review.”

“The chancellor has once again missed the opportunity to provide schools and colleges with the funding they need to continue delivering the high quality, internationally-competitive education our young people deserve,” said James Kewin, deputy chief executive of the Sixth Form Colleges’ Association.

The budget has “made it clear that the prime minister’s promise to end austerity will not extend to colleges,” he added.

The post-18 review is expected to conclude and report back to the government in early 2019, Mr Augar told today’s conference.

The review panel is “looking to identify enablers that will help the system to adjust to the needs of the economy,” he said.

Any solution the review came up with was likely to be “blended”, both in terms of the type of learning and the type of provider.

“There is a room and a climate for all types of provider in the skills space – HE, FE, independent provider,” he said.

The review would be commenting on apprenticeships but in a way that would be “smoothing the flow and going with the grain”.

The “last thing” the apprenticeship system needed was “another review steaming in with another set of recommendations”, he said.