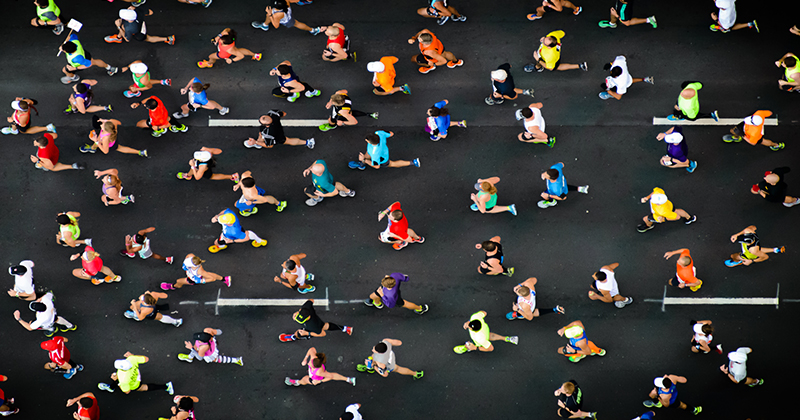 With the Germans exporting their entire skills model to countries in their global value chain, the UK needs to make sure it’s preparing equally well for the global skills race, says Rob May

Damian Hinds’ recent recce to Germany in search of inspiration and the accompanying hand-wringing over Britain’s place on the PIAAC league table has reignited talk of a global skills race.

As with any race, there must be an objective, so let’s assume that it’s the dual goal of economic superiority and global prosperity. If so, much depends on having a strong global supply chain that harnesses human capital. Post-Brexit, the UK will have to chart a new course in the world and create stronger trade and immigration arrangements with developing countries. We know that 90 per cent of global growth will come from outside of Europe over the next two decades, and that 60 per cent of GDP growth will come from emerging economies.

The prospect of a hard Brexit and subsequently a more outward-looking Britain is why there has been a fundamental shift in UK trade and aid policy to focus heavily on tackling the deep economic challenges in developing countries – one of which is skills.

I’ve just returned from southeast Asia, and countries which could be strong trading partners for a newly-defined global Britain are embracing this outstretched hand and are desperate to improve their human capital. Many are emerging from decades of isolation from the international community and under-investment in skills development. But these countries, often characterised by relatively young populations, are now spending heavily on education to stimulate economic growth and attract foreign investors.

The Germans are exporting their entire skills model

At the same time, UK businesses need to be able to trust in the quality and predictability of the technical skills base and management practices of countries in their value chain – outside Europe. Businesses need to have confidence in the quality regimes that ensure those skills and credentials are valid. This sounds like a hot lead for UK education companies.

But whilst Damian Hinds spent his tour looking at the wires and boxes of the German dual VET model, he may have missed a more fiendishly clever move by the Germans; that they are exporting their entire skills model to countries in their global value chain. Austria, Luxembourg, Slovakia, Mexico and around 10 other countries already use a version of the dual VET system, inspired by Germany. They are emulating not just the credentials, but the legislative framework, quality assurance mechanisms and stakeholder map.

Instantly, the machinery of skills and talent creation in Mexico look recognisable to a business in Berlin. Germany can do this because its skills system has “shape”. It is very focused.

The UK is good at exporting educational products, contributing around £19 billion to the economy each year. This is because throughout the developing world, UK education is still largely seen as the “gold standard”. Trying to export the UK skills “system” however, which would facilitate even greater exports of educational products and services – would be like trying to carry a balloon-full of water… down an icy slope… in a rainstorm.

A common international currency of credentials, as a proxy for skills reserves, is helpful in smoothing international trade and co-operation, but many of the countries that offer the most potential for UK colleges and awarding bodies are starting at a more basic level.

They are building national skills plans that have defined outcomes (not arbitrary targets!); they are implementing localised quality assurance at all levels of the system; developing legislation that mandates industry’s responsibility and accountability in achieving the national economic plan; bringing forward government regulations that shape companies’ in-house training programmes, but which also offer meaningful engagement in system design through a network of supporting intermediaries. They seem to be preparing carefully and planning for longer horizons. Should these countries look to Britain for inspiration?

It concerns me that ministerial stakeholders in some of the countries with which I do business notice the incessant tinkering with UK skills policy at a time when it would be in both the national and global interest to export a UK-centric skills model far and wide. I don’t believe that our system wasn’t in need of reform, but stability, clarity and credibility must be returned if Britain is to go the distance in the global skills race.