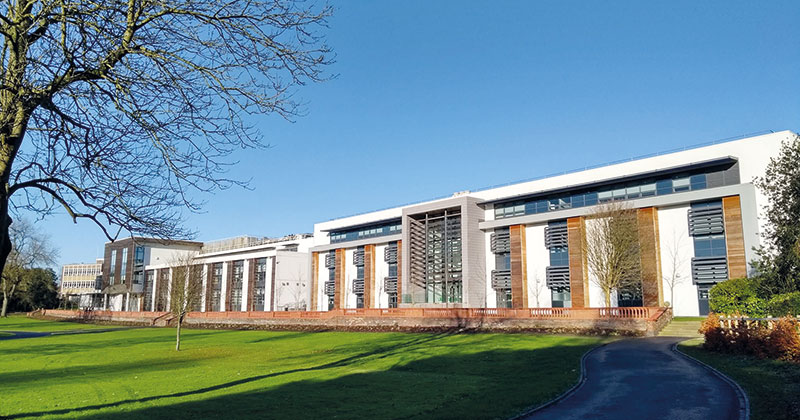 A cash-strapped college which was almost £16 million in the red has received a “major boost” to its finances after the government agreed to give it extra cash.

Stoke-on-Trent College announced today that its bid to the Department for Education’s restructuring facility has been successful, although would not confirm how much it has been allocated.

In February this year, FE Week reported that the college was awaiting the outcome of a £21.9 million application for restructuring funds. It is not clear how much of this has been received.

Denise Brown, the Stoke-on-Trent College’s principal and chief executive, told this newspaper that the college was “very pleased” with the deal reached, and that “most of the money” would go towards trying to tackle the college’s “historical debt”.

“We believe the agreement positions the college to go forward and be financially stable, and so the board and senior leaders are happy with the agreement that we’ve reached,” she said.

“It positions the college to concentrate on what we’re here for, which is education and training, instead of being preoccupied with working out how we’re going to cover the cost of historical debt.”

She added: “This funding is being provided because no other sources are available and represents essential financial support to ensure the future sustainability and viability of Stoke on Trent College.”

In February 2017, an FE commissioner-led structure and prospects appraisal recommended that the college remained a standalone institution “as the college had been unable to find a willing strategic partner.”

According to the college’s 2016-17 financial statements, Stoke-on-Trent College was “reliant on the continued availability of bank loans (in respect of which covenants have been breached) and an overdraft, together with short-term cash flow support from the Education and Skills Funding Agency.”

It said these circumstances “constitute a material uncertainty that may cast significant doubt on the group’s and the college’s ability to continue as a going concern.”

The grade three college, which had an operating deficit of £1.61 million in 2016-17 and debts including a £12.75 million loan from Lloyds Bank, had two separate requests for exceptional financial support approved during the year.

The restructuring facility was designed to pay for post-area review changes that colleges are unable to afford.

In April, skills minister Anne Milton insisted that the fund would not be a “hand-out for failures” in her column for FE Week.

“Funding from the restructuring facility is only available after a rigorous assessment to help implement changes which will result in sustainable, effective institutions,” she said.