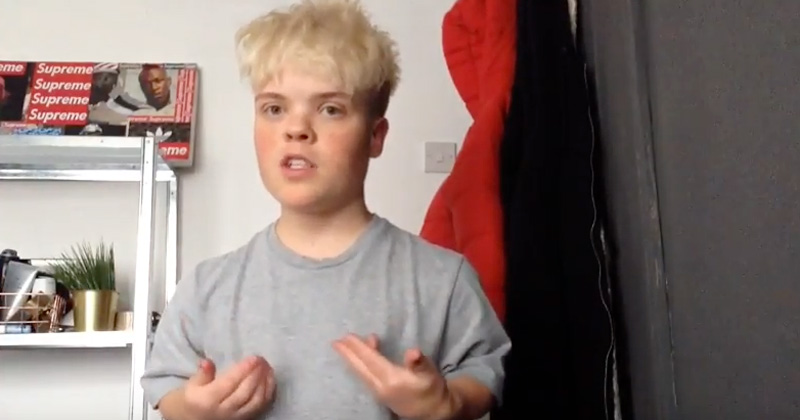 Celebrity chef Gordon Ramsay has waded into a row over a learner with dwarfism who claims to have been rejected from a college cookery course because of his height.

The star restaurateur took to Twitter in support of 18-year-old Louis Makepeace (pictured above), who said he was told he couldn’t start a hospitality and catering course at Heart of Worcestershire College as he would pose a “health and safety risk”.

Disgusting attitude, I’d offer him an Apprenticeship any day. https://t.co/xYdfWJ7CLK

Louis, who has achondroplasia, hit the headlines over the weekend after he said he was turned down from the course because of his diminutive stature – he’s just 3ft 10 inches tall.

His story has been reported by the BBC, the Daily Mail, and The Sun, among other outlets.

In a video posted to his YouTube channel today, Louis expressed his disbelief that his story had gone viral in the way it had.

“Gordon Ramsay has even got involved, which I’m grateful for. I really admire Gordon Ramsay – he’s inspirational to me”, Louis said.

The Sun reported on Monday that Louis had been told he “would be a health and safety risk and disruption to the other students and get in their way, which was really humiliating”.

Furthermore, his mum, Pauline Makepeace, said she was told by the course leader there was no point him doing the course as he would never be allowed to work in a restaurant kitchen.

However, the college has denied that Louis had ever been told he couldn’t attend his course.

Following the recent coverage surrounding Louis Makepeace and his place on our Hospitality and Catering course, we would like to release the below statement. pic.twitter.com/l3AAxn3gcV

It said it was carrying out a review to ensure that “all the appropriate adjustments to the kitchens that Louis needs to allow him to safely and successfully commence his course” were in place before he could be accepted onto the course.

That review is still ongoing, the college said, and “after further discussions have taken place both at the college and with Louis himself, we hope to have a final outcome by the end of this week”.