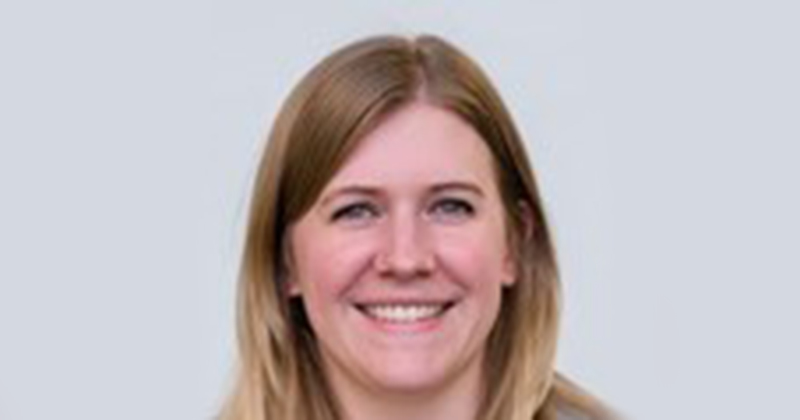 Apprenticeship funding bands currently under review by the Institute for Apprenticeships will be given a minimum two-month notice period if their funding rate is reduced.

But in the case of standards whose funding rate increases, the change will be immediate.

Lucy Rigler (pictured), the IfA’s acting deputy director for funding policy, revealed the extra detail regarding the funding-band review of 31 of the most popular standards at a Westminster Employment Forum on apprenticeships this week.

The review was launched in May at the request of the Department for Education, but information since then has been scarce.

“We’ve been working with all the trailblazer groups involved so they all do have an expected timetable,” Ms Rigler said when questioned on the change by FE Week.

“We expect to make some of the recommendations coming out of the review to the department in August. Some of them will probably be in the cycle after that, so more in the early autumn.

“It is all a bit dependent on how quickly those trailblazer groups are able to mobilise things like getting some expected costs or real costs in from training providers.”

She continued: “Where we have an agreed position, it is out there with the trailblazer groups.

“Where a recommendation is for a funding band to go up it will happen immediately, and where it is going down there will be a minimum period of two months’ notice.”

News of the funding band review rocked the sector after FE Week analysis showed that 21 of the 30 standards with the most starts this academic year are among those involved.

Universities were particularly outraged, as the chartered management degree apprenticeship is one of the 21. Its funding band is already at the maximum upper limit of £27,000. This means its rate has nowhere to go but down, and HE providers would receive less cash to deliver training.

It was predicted that many universities would stop offering degree-level standards if the rate were to drop, as delivering the apprenticeships would become unaffordable.

But both the IfA and DfE argue that a reduction in bands will be welcomed by employers who have felt unable to negotiate with providers on the price of standards, and will provide greater value for money.

As far as the review itself is concerned, early indications suggest that it is going well.

“The IfA has been proactive in briefing the apprenticeship trailblazer chairs on the process for the review of the funding bands,” Petra Wilton, director of strategy for the Chartered Management Institute, told FE Week a few weeks after the review commenced.

“The IfA seems very keen to ensure that there is full input from employers and providers in terms of understanding the costs of delivery and to have real insights into the challenges.

“There is a welcome commitment from the IfA that the review should focus on quality, as well as taking into account affordability.”

Another trailblazer member whose standard is under review said its meeting with the IfA went “well and was perfectly amicable”.

The Association of Colleges is a fan of the review process, if it is carried out “carefully”.

“It is right and proper that IfA should review what has happened within standard development since their standards introduction,” Teresa Frith, the association’s senior policy manager, previously told FE Week.

“But we would hope that they will listen carefully to provider concerns about the actual cost of delivery and take these concerns seriously. It is one thing costing apprenticeships to hit a volume target and quite possibly a different thing to fund them for cost-effective delivery.”