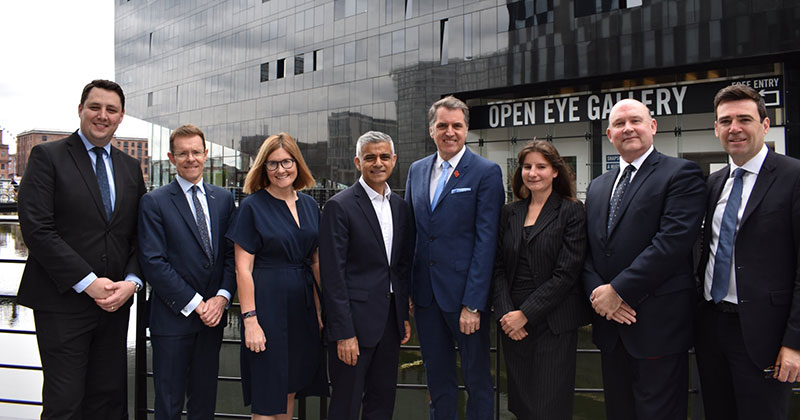 The devolved adult education budget will come into effect from 2019/20.

In a joint statement, they insisted that with Brexit approaching it is more important than ever to ensure local workers have the right skills.

“We recognise the government’s efforts to reform the skills system and applaud its ambition to see three million apprenticeships by 2020,” they wrote. “However, the reality is that the number of apprenticeship starts has dropped sharply.

We call on the government to give us the flexibility we need to address these issues, specifically by granting city regions control of the apprenticeship levy funding which levy-payers do not spend

“With that in mind, we call on the government to give us the flexibility we need to address these issues, specifically by granting city regions control of the apprenticeship levy funding which levy-payers do not spend, and by further devolving control of 16-to-19 skills policy.

“We also call on the government to provide additional funding for us to ensure that there are enough quality providers in our city regions, and to drive the quality of apprenticeships.”

Large employers have been forced to pay the levy since it was launched last year.

The money goes into a pot which they have two years to claim back to spend on apprenticeship training, but concern is growing that many will not be able to spend this in time.

“In London, I want to go even further, and for London’s whole contribution to the apprenticeship levy to be ringfenced and devolved to spend on meeting the capital’s complex skills needs,” said Sadiq Khan.

It emerged last week that employers have used just 10 per cent of their levy funds in 12 months after it was introduced.

In London, I want to go even further, and for London’s whole contribution to the apprenticeship levy to be ringfenced and devolved to spend on meeting the capital’s complex skills needs

The education minister Lord Agnew admitted to Parliament that between May last year and the end of this April, levy-paying employers “drew down £207 million from their apprenticeship service accounts for new starts”.

This amounts to just a tenth of the ring-fenced budget set by the government “regardless of how much levy receipts are each year”.

The government had hoped the levy would force more employers to invest in training, and help it hit its manifesto target of three million apprenticeship starts by 2020.

But starts have actually fallen since its launch: it emerged today that apprenticeship starts for March are down 52 per cent compared with the same period in 2017.

The directly-elected regional mayors met in Liverpool to back the joint statement and discuss their devolution plans.

It is understood that taking part were Andy Street representing the West Midlands, Tim Bowles for the west of England, Andy Burnham for Greater Manchester, Sadiq Khan of London, Ben Houchen for Tees Valley, and Steve Rotheram for Liverpool.

James Palmer of Peterborough and Cambridgeshire, and Dan Jarvis for Sheffield were unable to attend but signed the statement.

“With the Whitehall machine creaking under the strain of Brexit, it’s time that ministers gave devolved regions the chance to get on,” he said.

“Further devolution to allow a less fragmented post-16 skills system with clear and attractive choices for young people, including apprenticeships and T-levels, would go a long way to connecting residents and businesses with the growth of Greater Manchester.”

“Levy funding is already, quite rightly, fully devolved to employers – giving  them direct control so they can invest in high quality training, to suit the needs of their business.”