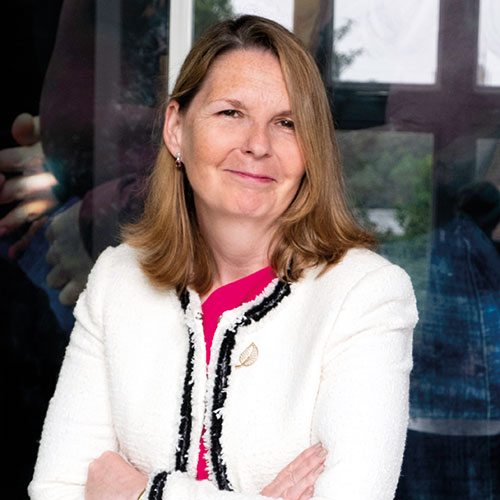 “Incremental change rather than revolution”

The new head of the Education and Skills Funding Agency is a very busy woman. And I’ve been offered just 30 minutes to find out all about her life and do a photoshoot. Simples.

Poised on the edge of a hexagonal table in a small conference room, Eileen Milner sits in the eye of the hurricane, while three women whirl around, dismantling half of the glass-walled cubicle – moving chairs, unplugging wires, ripping various safety announcements off the walls to create the perfect studio.

She hates photos with a passion, and feels excruciatingly unconformable in front of the lens. But between the photographer, the press officer and I, we manage to cocoon her in sufficient frivolous chat to carry her through. By the time Milner and I are sat across from one another, we have just about enough time left to zip through her career history, and ciao.

But she moves slowly, with purpose, settling into the conversation as if she has all the time in the world.

She won her latest role as the chief executive of the government agency that manages billions of pounds of funding for schools, FE colleges and apprenticeships after cutting her teeth in public-sector senior management in a tricky role at the Care Quality Commission.

The health and social care regulator had just been branded “not fit for purpose” by the British Medical Association when she took up the newly-created post as director of corporate services in early 2014. Part of her job was to “build confidence back into the organisation and to give it a sense of purpose and a sense of future”.

The role was a natural fit for a woman whose career has the thread of public-service reform running throughout – from academic research to roles in the public and private sector, notably for three years as executive director of Northgate Public Services, a software company with almost exclusively public-sector clients.

Milner’s biggest takeaway after almost four years at the CQC was “the confidence that, in the darkest times, and sometimes the bleakest times for people, if you are able to step up as a leader you can make a real difference. I will always be proud of what the team at the CQC achieved, and immensely proud of the people within it.”

Even if things appear broken, they’re usually not

No one is claiming the ESFA has lost the confidence of its stakeholders. But it is facing a whole swathe of new challenges, including an entirely new system of funding apprenticeships, devolution of the adult education budget and the nascent T-levels programme.

Nothing is broken, she insists: “Even if things appear broken, they’re usually not. What you can do is most often a recover a situation and improve it.”

“Incremental change rather than revolution” is her mantra.

“Do small things, do lots of small things, and talk to people about how small things make a difference for them,” she insists. “And actually, bit by bit, brick by brick, you do start to build a different experience – and that’s a better experience for people inside the organisation and outside of it.” 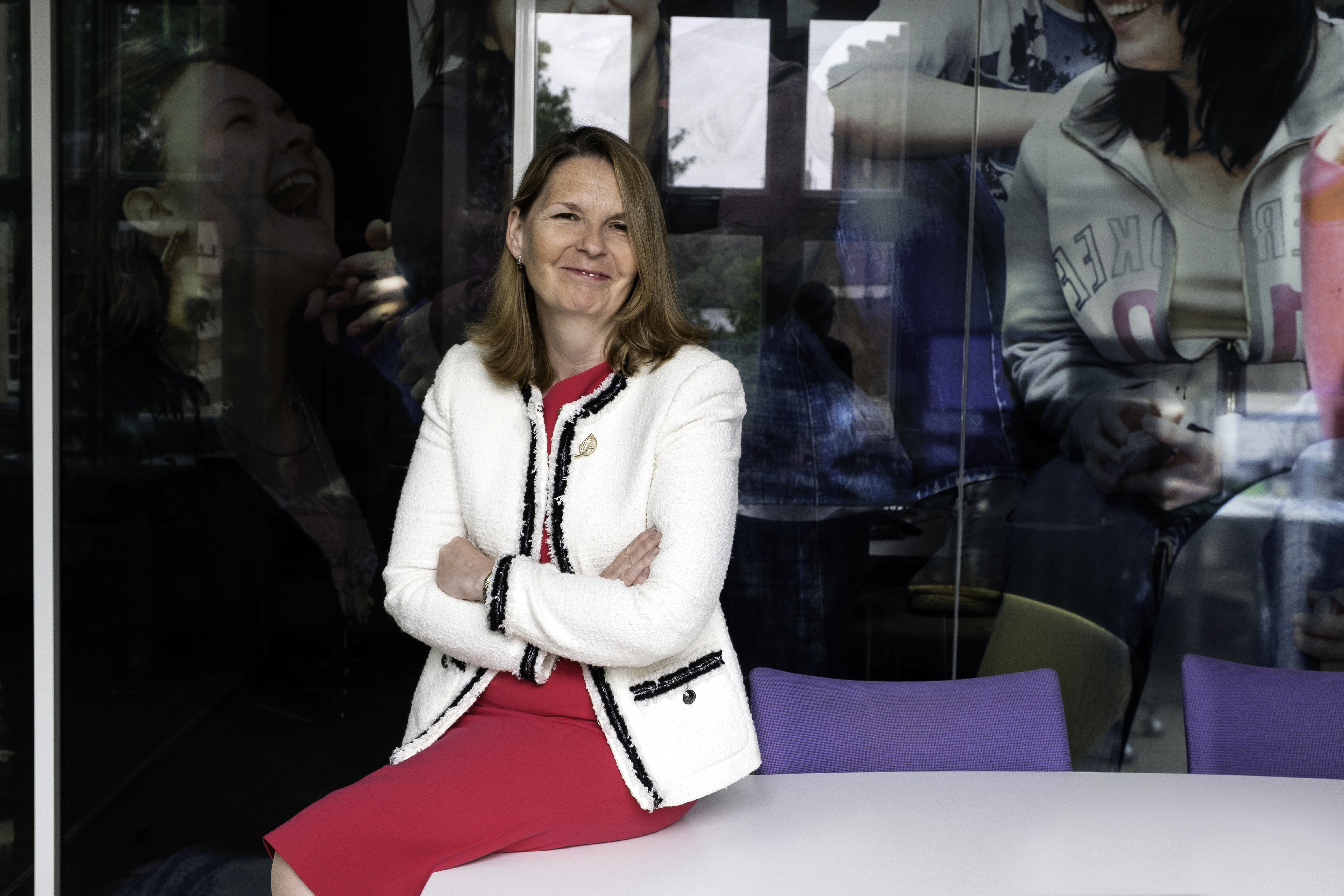 Her approach is heavily informed by an uncompromising public-sector reformer she worked with in Australia, who became one of her role models. Sue Vardon – who was chief executive of various government departments at the state and commonwealth level in Australia for 23 years – has laid out her approach in a book called A bias for yes, in which she argues that public services should do a whole lot more saying “yes” to the people they serve, and a whole lot less saying “no”. Her stories include the time she sacked the entire staff of a prison, moved in and ran it with the help of the prisoners, literally locking the cell doors herself every night.

Milner spent time with Vardon back in the late 1990s when she was researching public service reform, first at Sheffield University and the University of North London, then on the ground in Canada and Australia.

“She completely and quickly had to reengineer the whole of the welfare space in Australia,” gushes Milner. “To observe what she did, and the fact that everything was centred on how the system leaves people feeling, how easy it is to work with – I really did take an awful lot from that time.”

One of the ways this manifests in her philosophy for the ESFA, is that she wants the organisation to focus on “how you leave people feeling, and how easy are you to do business with?”

“Public service organisations, by necessity, do complex things, but what they should not appear to those who use them is complex”, she explains.

While she has spent plenty of time working in the private sector, she is staunchly defensive of the public sector and rejects the notion that she wants to make it function more like private business. “I challenge the hypothesis that private-sector organisations are innately slick. They’re not. They’re just perhaps a little bit better hiding the complexity and some of the muddle that goes on behind the scenes. And they are inherently not as complex as public service organisations.”

“Purpose” is a word scattered throughout Milner’s discourse, in phrases such as “shared purpose” or “social purpose”, although she becomes a little cagey at my attempts to pin that to her Catholic upbringing, going only so far as to admit that this was “a helpful framing, which often gets a bad press”.

Rather, she emphasises her parents’ belief in education as the key to a purposeful life.

“They were very keen that as a family we gave a huge emphasis to having access to good educational opportunities, and then really taking those opportunities and using them to better your life and to make a contribution to society,” she explains. “The thing about social purpose was there from the very start, in terms of you must give back, you must support, you must engage.”

I’m very fond of people who challenge me

Her parents, both nurses who moved to Cornwall from Ireland as economic migrants, sent Milner and her younger sister to “what Alistair Campbell would call a ‘bog-standard comprehensive’”.

Her family ran against the grain in putting such weight on education.

“Out of the very large sixth form, a tiny proportion progressed to university, and not because people weren’t bright,” she states, matter-of-fact, “it was just because the parental ambition was not to the forefront. And I think that’s hugely regrettable.”

When her parents died, both at a relatively young age, some truths hit hard: “I think particularly my mother, who died when she was 50, that gave me a real framing of the fragility of life and how important it is to make decisions which are based around things that you are not going to regret, if life is as fragile as it proved to be for her.”

This affects her decisions about what to give her time to.

“You never know what is going to happen,” she admits, so her life has to be “about doing things that matter, where I feel there is a sense of purpose”.

One of those things is family. Until four years ago, she didn’t work full-time “because I was prioritising that part of my life. I felt that the family needed more of me.”

Like every working parent ever, she still never felt like she’d cracked it. “People who’ve worked with me would say that they experienced me in terms of knowing that nothing is more important to me than family, and I would encourage them to feel that way. My family will say that they experienced me as being quite distracted about work,” she says, aware of the irony. “Somewhere in the middle is the person who is trying to navigate and weave their way through.”

Once the press officer has called time, and we’ve wrapped things up, she prolongs the chat for a while. She’s a woman who seems comfortable in her own skin, and I reckon she can take it, so I ask one of my favourite interview questions: who challenges you?

Her teenage daughter, “on both the important and the trivial”, she quips, before a more honest reflection, that chimes with my impressions of her: “I’m very fond of people who challenge me. And I’ve got some very good people who occupy that space – some more challenging than others! You kind of need to know, through your address book, who you need to go to depending on the gradient of challenge that you’re up for on that particular occasion!”

What do you consider a good gift?

I’m very shallow. I love jewellery. I’ve got a nice husband who has got good taste. Although obviously I can’t accept any gifts from anybody I don’t know!

Which motto would you put on a billboard?

I used to have a teddy bear that said “enjoy life, this is not a rehearsal”, so I’ll go for that.

I would do the east coast of Canada again: Nova Scotia, New Brunswick. If I could spend a month there and just be filled with fresh air and beauty, that would be wonderful. Nature, fresh air, the coast, the sea is very important to me. If you grow up in Cornwall, you have the Atlantic at your footsteps. So eastern Canada is also Atlantic coast but it is much quieter than Cornwall, and it’s beautiful.

Where do you see yourself in 10 years?

I don’t plan that far ahead, but in 10 years, I would really love to make sure that we were well on course to having apprenticeships and technical education really well embedded and on course to being a sustainable part of how we do education and training in this country. The second would be for further education and the college network to be seen and regarded as being part of the national infrastructure that helps to deliver that.

I think my absolute favourite book is a series, the Anne of Green Gables books, for all sorts of reasons, but they did lead me to eastern Canada. I went to Canada as part of the research work, and I took the opportunity to go to Prince Edward Island, to walk in the footsteps of Anne of Green Gables.