The Education and Skills Funding Agency is beefing up its audit team amid mounting concerns about new providers entering the sector.

It has launched a recruitment drive for a “newly created market oversight unit”, including an advert for four auditor vacancies posted on the civil service jobs website.

They will operate directly under the leadership of Matt Atkinson, the ESFA’s director of provider market oversight.

The newcomers will not be replacing departing staff, and the recruitment drive is part of wider plans to plough more resources into audit and oversight.

Considerable numbers of untried and untested providers have hit the market recently, for example through the register of apprenticeship training providers.

“This highlights the critical role the agency plays in oversight of the education and skills landscape.”

The advert for “assurance officers” states that the agency is looking for candidates with a “background in audit and financial assurance – to support the delivery of assurance activity at providers of education and training”.

Their team is expected to review “financial statements and management reports to ensure funds are used for the proper purposes and potential areas of irregular expenditure is identified”.

RoATP has been controversial since its launch just over a year ago. 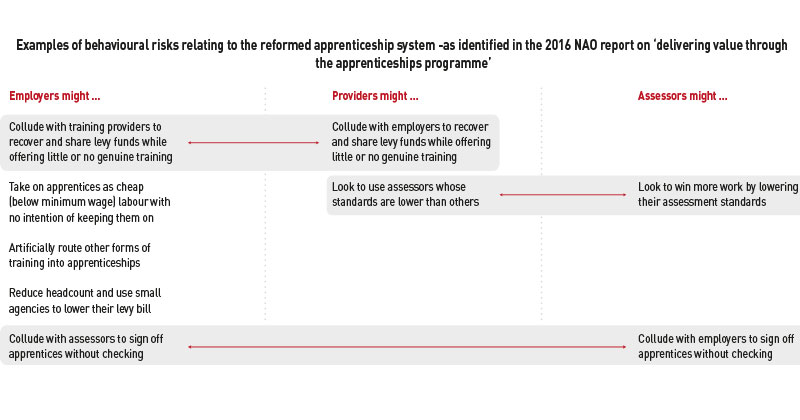 Amongst the initially accepted providers, FE Week reported on three new companies with no track record on government apprenticeships, all run by one man from a rented office in Cheshire.

The proliferation of new providers has been criticised by Ofsted’s chief inspector Amanda Spielman, who spoke to FE Week about the impact that this would have on the inspection service. 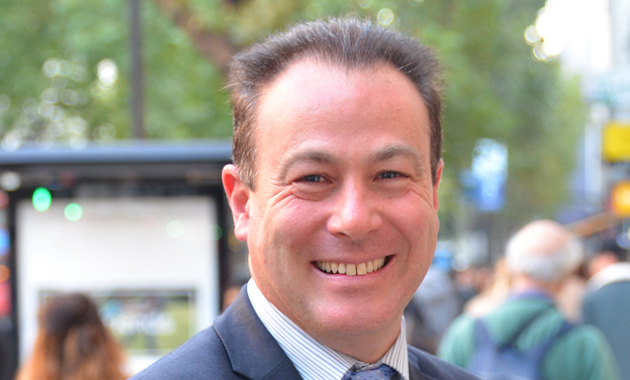 “It is clear there are a lot of would be new entrants, a lot of people with very limited experience and potentially quite a lot of fragmentation,” she said.

She and Paul Joyce, Ofsted’s deputy director for FE and skills, both admitted to being concerned about how they would keep tabs on everyone.

“I am worried about the number of providers that we may have to inspect,” admitted Mr Joyce. “I’ve had conversations with the DfE about our resource.”

Ofsted subsequently embarked on a drive to keep more careful tabs on such newcomers to the apprenticeships market, through a series of early-monitoring visit reports.

The first of these published in March was brutally critical of training that is “not fit for purpose” at Key 6 Group.

The National Audit Office also expressed concern at the potential for abuse of the apprenticeship system back in 2016.

“DfE and the SFA are yet to establish what information they will need to monitor key behavioural risks and spot signals that these risks may be maturing,” its report said.

“While they might reasonably expect the vast majority of employers, training providers and assessment bodies to act properly in response to apprenticeship reforms, a small minority may behave in unintended ways”.