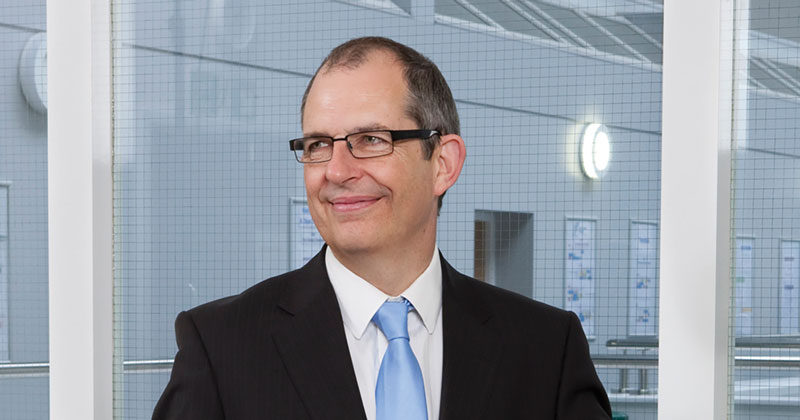 The principal of a cash-strapped college recently forced to seek government bailouts has stepped down just a month after it was placed in administered status.

Tim Eyton-Jones is understood to have left his position at grade three Barnfield College after three years in charge.

An official statement from the college confirming the news is expected on Wednesday.

The college was visited by the FE commissioner earlier this year after it received a financial notice to improve from the Education and Skills Funding Agency in January.

Richard Atkins’ report, published earlier this month, found that finances were a “major cause for concern” with “significant” operating losses over the past two years, which were likely to be repeated in 2017/18.

His report, which recommended the college be placed in administered status, was heavily critical of Mr Eyton-Jones, who “should have been aware” of the college’s financial problems, and “should have” done more to address weaknesses in its apprenticeship provision.

The college had recently applied for exceptional financial support, which resulted in the financial notice.

Administered status means that a member of the ESFA’s local team will observe all of the college’s board meetings, and that the college will be required to consult the agency about any significant changes to its operations or finances.

“We accept and acknowledge the findings of the FE commissioner’s report,” said a spokesperson for the college at the time.

“We are working closely with the FE commissioner’s office and the ESFA to ensure we move forward swiftly and continue to provide the learners and communities of Luton with a high-quality learning provision.”

The college was forced to stop recruiting apprentices in March, after an Ofsted report branded it ‘inadequate’ for this provision.

That report, which graded the college ‘requires improvement overall’, found that “leaders have not done enough to secure good provision and good achievement”.

“Leaders do not effectively monitor learners’ progress, particularly those on study programmes,” the report said.

The college’s leadership was criticised for failing to properly address two problem areas that had been identified in the previous inspection: weaknesses in teaching and low attendance.

The overall grade for the inspection was three, including a ‘requires improvement’ rating for the effectiveness of leadership and management.

“Leaders have not done enough to secure good provision and good achievement,” it said. “Although improvements have been made, teaching is not good across all areas of the college.”

Barnfield has had turbulent time under Mr Eyton-Jones’ leadership.

He took up the reins in March 2015, shortly after the college had been rated grade four across the board with no key strengths in January 2015.

The college was already in FE commissioner intervention at the time, having been assessed as ‘inadequate’ for financial control by the SFA the year before.

That process ended in October 2015, when Mr Atkins’ predecessor David Collins wrote to the college to say it had addressed all of his recommendations.

Ofsted inspectors were back at the college the following March, and their report, published the following month, rated it ‘requires improvement’ across the board. The college retained this rating in March this year.

At the time Mr Eyton-Jones vowed to FE Week that the college would be ‘outstanding’ within two years.

“I am delighted to join the college and look forward to working with the dedicated and skilled teams at Barnfield College,” he said.