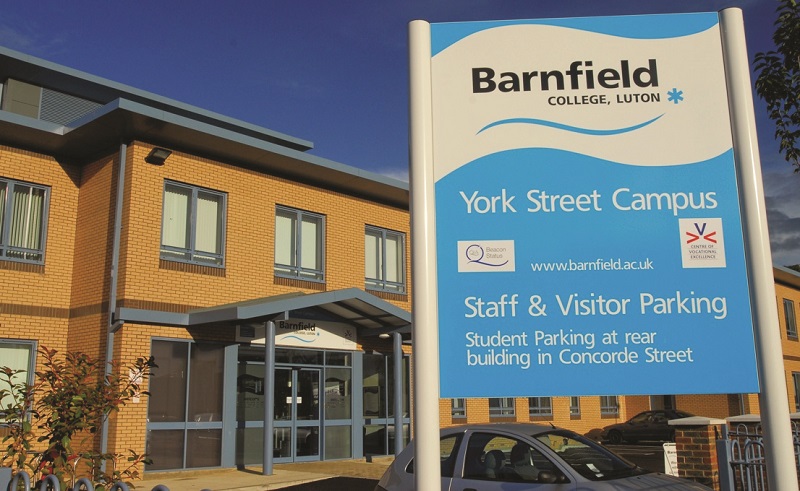 Barnfield College has suspended its recruitment of new apprentices, after it received an ‘inadequate’ rating for this provision from Ofsted this week.

The college’s inspection report was published on March 7 and rated it ‘requires improvement’ overall, but the lowest possible mark was given for apprenticeships.

Providers who get a grade four in this provision suffer significant consequences: they are supposed to be taken off of the government’s register of apprenticeship training providers, so they won’t be able to offer the training, according to Education and Skills Funding Agency guidance updated in January.

The college has today told FE Week, that while pending a “formal decision” from the ESFA, it has taken action to suspend its recruitment of new apprentices.

It has already removed the apprenticeships section from its website, but still had live adverts on the government’s Find Apprenticeship Training web page at the time of publication.

In light of the report we are reviewing our options

“The college had already identified the issues that have been highlighted by Ofsted, and has taken clear and decisive actions, which have resulted in immediate improvement of apprentice outcomes,” a spokesperson said.

“However, in light of the report, and continuing frustrations by employers to the apprenticeship system, we are reviewing our options.

“Pending a formal decision, we have suspended the recruitment of new apprentices”, and “removed promotion of this provision from our website”.

She added that the college’s “highly successful” work-based Learning and day release provision is “continuing to expand as this is better meeting the needs of local employers and communities”.

The spokesperson would not say at this stage whether the loss of its apprenticeships provision would result in any job losses, or what effect it would have on wider college business.

A Department for Education spokesperson said: “Barnfield College has been rated ‘inadequate’ by Ofsted for its apprenticeship provision so can no longer take on any new apprentices.

“We are working with the college to make sure their current apprentices can complete their training with another provider or finish their course at Barnfield if they choose.”

Barnfield College’s inspection report stated that provision for apprenticeships has “declined in quality” for the last three years.

A total of 260 apprentices were said to follow framework programmes in eight subject areas, of which just over half study at intermediate level. Just over a third of them are aged 16 to 18.

“Assessors do not carry out assessment of apprentices prior learning to determine their starting points accurately, and ensure that they make good progress. Too many apprentices are unclear about the progress that they are making or are capable of,” inspectors warned.

Apprentices’ attendance at off-the-job learning sessions is “erratic and low”, and they do not all spend the mandated 20 per cent of their time learning away from work.

It is thought Barnfield is to become the first college ever to be removed from RoATP.

The other college on the register to have an ‘inadequate’ rating for apprenticeships is St Helens College, following an inspection report published last June.

However, it has received special dispensation to remain on the register.

In the same week in January that new rules were published outlining when and how providers would be removed from the register, the DfE admitted that it was treated differently due to its merger with Knowsley Community College that completed in December.

Merged colleges are considered ungraded by Ofsted, and are eligible to apply to the register under exceptional circumstances.

Under the new government rules published on January 30, an ‘inadequate’ provider should be given five days’ notice of their removal from the register. They must not take on any new apprentices, but any existing apprentices would be able to stay on only at the employers’ discretion.

Barnfield’s inspection report rated it ‘requires improvement’ in all other headline fields, except for adult learning programmes and provision for people with high needs, where it was ‘good’.

It has two campuses in north Luton. It taught around 3,700 learners last contract year.