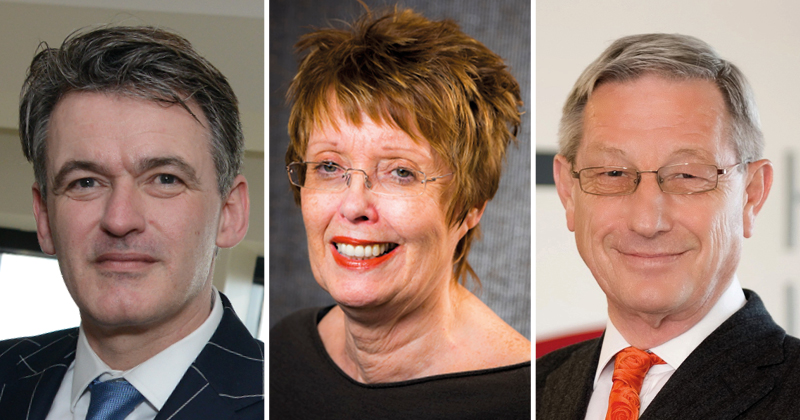 The Association of Employment and Learning Providers has washed its hands of the Education and Training Foundation, claiming it is “no longer an organisation run by the FE sector for the sector”.

“We don’t feel the programme being proposed and funded by the DfE supports our membership,” said AELP boss Mark Dawe, who insisted the ETF “can’t have its ownership cake and eat it”.

The decision will send shockwaves through the sector. The ETF, which is mostly funded by the DfE, was designed as a “sector-owned” support body, helping train the people who work in technical and vocational education.

As far as the AELP is concerned, however, it no longer operates as an independent body, so much as an extension of the DfE focusing on the incoming T-levels.

“There is nothing really around apprenticeships and work-based learning, when we are probably going through the most significant change in the sector – particularly with the move from assessing to training and end-point assessment,” Mr Dawe told FE Week.

“There is a desperate need for workforce support development so the most fundamental thing that is needed at a critical time has been removed.”

FE Week can reveal that the move was ratified this afternoon at an ETF board meeting, and that the AELP has removed its representation with immediate effect.

The AELP had two trustees on the ETF’s board – Chris Jeffery, a non-executive director of the Skills Group UK, and John Hyde, the executive chair of Hospitality Industry Training.

Other part-owners of the foundation include Holex, the adult community education body, and the Association of Colleges.

Established in October 2013 by former skills minister John Hayes, the ETF recently had its mission reviewed by the DfE, resulting in a “narrower remit”.

Mr Dawe claimed his representatives were not allowed to “have any impact” on the ETF’s focus, “so we do not feel like we should continue as an owner”. 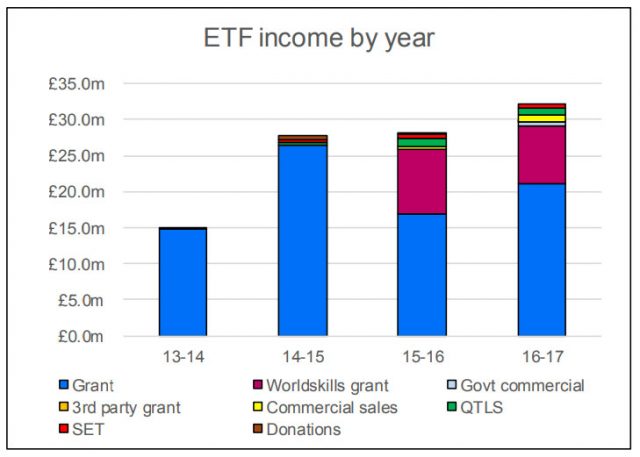 It is understood the government is now pushing the ETF to focus on the introduction of T-levels – which will mostly be taken at colleges rather than private providers – and other mainstream FE provision.

“The work is now being determined by the DfE and not by the ETF at all – they’ve lost their identity and is not representing the whole sector,” Mr Dawe said.

“When ETF was set up under John Hayes it was about giving it all to the sector and allow it to determine what it needs for its workforce. It was by the sector, for the sector, but it doesn’t feel like that is the case anymore.”

Another factor in the AELP’s decision was the fact that the ETF’s “highly successful” Future Apprenticeships programme is being discontinued.

The scheme was launched to help FE teachers and leaders to make the transition from apprenticeship frameworks to delivery of the new standards.

The cancellation comes “at a time when the levy has got off to a less than auspicious start, there are hundreds of new providers in the apprenticeship market and most of the workforce in the sector is having to change and develop”, the AELP said.

The AELP now wants the DfE to give it some responsibility for providing training and continuing professional development (CPD) to its own members.

Mr Dawe added that he is happy for AELP to work with the ETF on programmes relevant to his members.

Mr Russell said support will continue to be available to work-based learning professionals and providers in the sector, “irrespective of whether AELP makes appointments to our board”.