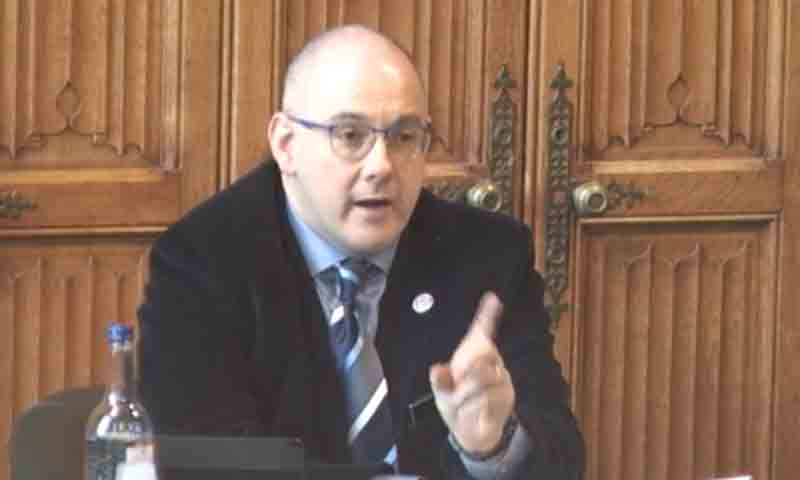 The government needs to get a grip on the “outrageous and unjustifiable” subcontracting market which has become a “money-maker” for training providers, a panel of FE experts has urged MPs.

Robert Halfon (pictured above), the chair of the education select committee, asked witnesses during a parliamentary hearing this morning about the extent the delivery model, and the hefty management fees that go with it, affects the quality of apprenticeships.

“You will always need some level of subcontracting but it has been too high and some of the behaviour has been outrageous and unjustifiable,” said Stephen Evans, the chief executive of the Learning and Work Institute.

FE providers coming together last week to set a voluntary cap of 20 per cent on management fees “was a start”, he added, but more action is needed. 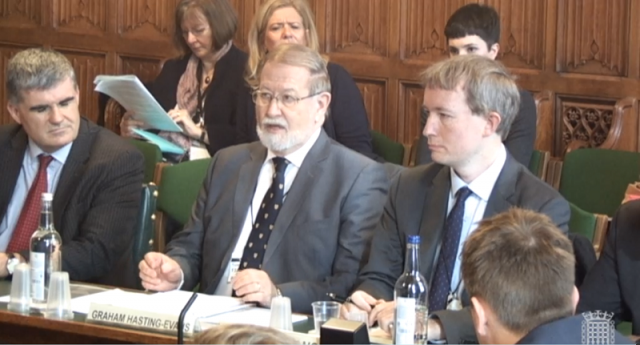 “I don’t think the high degree of subcontracting we have lived with makes sense so I would like to see that reduced progressively,” he said.

FE Week’s editor Nick Linford was also called as a witness today, and he explained that the “reality on the ground” regarding subcontracting was that it had become a “money-maker” for many training providers.

“There is a large college which has £17 million of subcontracting, £4 million worth of management fees and I’d love you to have the principal in here explaining how they’re spending that £4 million,” he said.

“Their own board minutes say ‘we are doing more subcontracting which will increase our surplus’. That worries me a great deal, as subcontracting seems to be a way of supporting quite a fragile market.”

Mr Linford added that the ESFA needs to do “a lot more” around transparency because it “feels like subcontracting is a hidden market that nobody wants to talk about, and it is huge”.

Dr Alison Birkinshaw, the president of the Association of Colleges, said later in the session and that subcontracting can be “positive” for “niche and well thought-out relationships”, but she agreed that it needs to be “managed properly”.

Mr Halfon, a former apprenticeships and skills minister, echoed the concerns of the witnesses, giving the example of the nation’s biggest FE provider, Learndirect, where management fees have reached 40 per cent.

“Surely if the taxpayer is paying a provider to do something then the provider should do that job not just get a management fee for passing that job on to somebody else, unless it is a genuine niche area such as in special needs,” he said.

“The extent of it seems to be extraordinary, and the Learndirect example shows just how much of a money-maker it has become – and there’s the fact they face much less regulation than other providers.”

Under current rules, Ofsted does not inspect subcontractors.

It announced last month that it would “increase its focus on management and quality in subcontracting” through a couple of pilots. 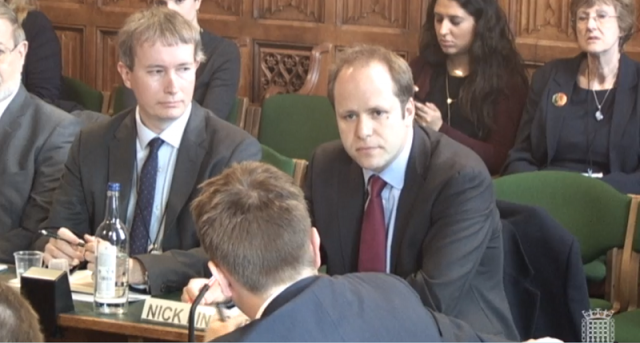 From left: Stephen Evans and Nick Linford before this morning’s education select committee

However, these will not be full visits in their own right, and the subcontractors will not be given a grade.

Later in the hearing, the panel agreed on the need for a “coherent” skills strategy.

Addressing Mr Hasting-Evans, the chair said: “You actually said something very important, that we don’t have a skills strategy as a country. What do you think we should do as a government in terms of having a skills strategy to meet the needs of a fourth industrial revolution?”

“It has got to cover everything, schools, colleges, universities, and skills development in the workforce and adult education,” said Mr Hasting-Evans. “We need a strategy right across the piece that deals with some of the legacy issues we have – the six-and-half million people in the workforce who can’t read or write for example.”

“It can’t be a DfE document,” he stressed. “It needs to be about the learning benefits to health – a whole bunch of different departments – very much a cross government thing.”