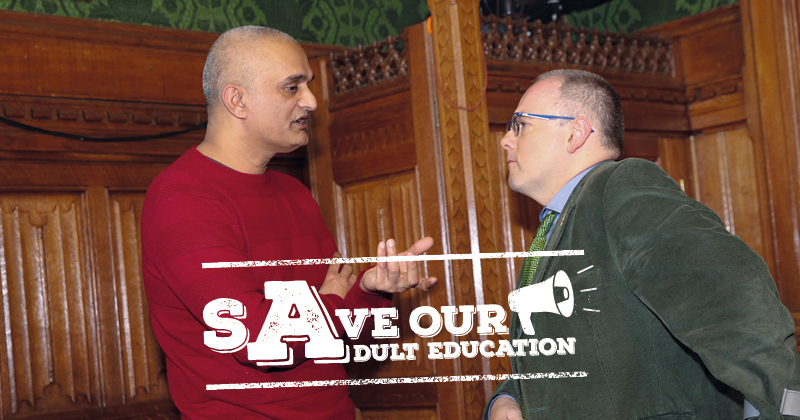 The Student Loans Company is feeling the strain of an FE loans scandal that has left hundreds of learners with huge debts and no qualifications, as their repayments reprieve draws to a close.

FE Week has been campaigning for the past year to have debts from advanced learning loans written off for the blameless former learners of several collapsed training providers.

They had been left unable to finish courses after three firms, John Frank Training, Edudo Ltd and Focus Training & Development Ltd, collapsed in late 2016 and early 2017.

The SLC granted them a 12-month deferment on repayments, but now led by Pater Lauener, who was boss of the Education and Skills Funding Agency when the scandals broke, it will not say whether the debts will be cancelled after the deferment period closes at the end of March.

The chair of the parliamentary education committee, Robert Halfon, who was skills minister when the providers folded and who now feels free to speak his mind, is trying to encourage more decisive action.

“If the providers have failed through no fault of the students, and there isn’t adequate and accessible alternative provision, it is utterly essential that they should not be made to repay the loans,” he said.

Labour’s shadow skills minister Gordon Marsden heaped further pressure on both the SLC and ESFA through a parliamentary question he lodged this week.

He asked new education secretary Damian Hinds “if he will make it his policy to write off advanced learner loan debts for former learners affected by the collapse of John Frank Training Ltd, Edudo Ltd, and Focus Training & Development”.

Former JFT learner Asim Shaheen, 50, was among the ex-learners hit by the collapse. The chef still had an outstanding debt of £8,000 after the London company went bust.

The Skills Funding Agency offered to send him to South Cheshire College to complete his training.

But this just wasn’t a viable option because it is 25 miles from where he lives. He says he has been “left completely in the lurch”.

Our #SaveOurAdultEducation campaign, which was launched last February in Parliament with Mr Shaheen a special guest, has led the charged to have the debts scrapped.

The ESFA has issued a statement to FE Week on the situation with the loans.

“We have ensured learners have not entered repayment in this tax year, where there was a need to allow them time to move providers,” a spokesperson said. “The SLC will be contacting learners again shortly regarding next steps.

“Our priority continues to provide learners with alternatives, if their provider is no longer able to deliver training.”