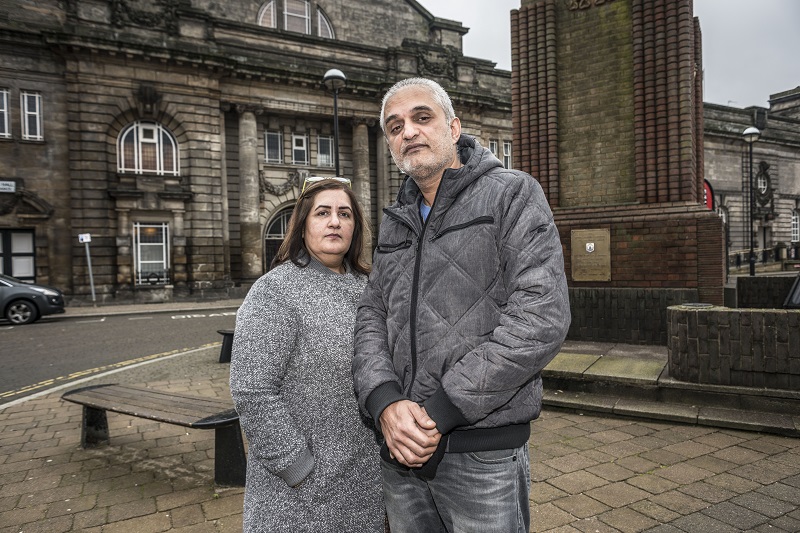 Distressed learners left in the lurch when their training provider mysteriously went bust have pleaded with the government to write off thousands in student loan debts.

The collapse meant that hundreds of students who had taken out FE loans to train with the London-based provider, which has outlets in the north and midlands, were left with debts but no course.

However, the SFA is refusing to let them off the loans, although it is trying to find alternative providers where learners could complete their training.

The story was picked up by BBC Radio 4’s ‘You and Yours’ programme on February 16.

FE Week editor Nick Linford told the programme that he believed the government should write the debts off under the circumstances.

Two former JFT students have now spoken to FE Week about their combined debts of £16,000.

One of these, Asim Shaheen (pictured above right), 49, who works nights as a chef, started on a level three hospitality and catering course in autumn 2015, funded by a loan for over £8,000.

The Stoke resident had only completed 50 per cent of the training when JFT went under.

Mr Shaheen first complained to the SFA before Christmas, but was referred to the Student Loans Company and then back to agency.

“No-one was taking responsibility and I was passed from pillar to post,” he said. “I just want someone to help me and the many other students affected.”

He recently got a call from the SFA, saying they could send him to South Cheshire College to complete his training.

But this just isn’t a viable option, due to extra travel time and costs, because it is 25 miles from where he lives.

“My loan should be squashed and I would be prepared to go before a judge to challenge it,” he told FE Week. “I would like to have it out with a government minister too, if they would let me. I’ve been left completely in the lurch.”

Mussarrat Bashir (pictured above left), 53, meanwhile started on a level three hospitality course with JFT early last year, which was paid for by an £8,000 loan.

She had been studying while holding down a full-time job as a training and employment coach for the YMCA.

“I was very disappointed, very shocked when JFT disappeared,” she told FE Week. “I am a single parent and really thought this would be something that could help me better myself.”

“They [the SFA] told me there’s nothing they could do about my loan, but somebody needs to take responsibility.” The Student Loans Company declined to comment on the matter this week, while the SFA said it had “nothing to add”.

JFT used the government’s advanced-learner loan scheme to deliver and subcontract courses in areas such as IT and health and fitness, and had been allocated £10 million in loans facilities over the last two years.

Of this, £6.4 million was paid for around 2,200 learners to complete their training with the provider.

However, up to another £464,000 of SFA funding is thought to be effectively missing, which FE Week understands should have covered another 500 learners’ loans, who are yet to complete their training.

A South Cheshire College spokesperson confirmed it had been contacted by the SFA, about taking on affected learners, but “there has been no further communication”.