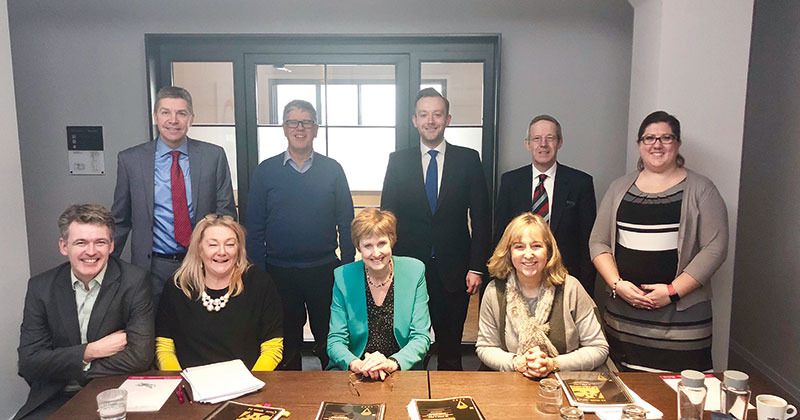 After an overwhelming response to our call for nominations, the shortlist for the inaugural AAC Apprenticeship Awards has been announced.

Earlier this month the judging panel (pictured above) met in central London to deliberate on the eventual winners; over 250 organisations submitted nominations this year, from colleges and training providers to the Home Office and BT.

FE Week and AELP are delighted to announce the shortlists for the AAC Apprenticeship Awards in association with CMI, and the national results will be held at next month’s Annual Apprenticeship Conference to recognise the very best in apprenticeship provision.

Those shortlisted in each category will be recognised at a prestigious reception, at the start of National Apprenticeships Week. Robert Halfon, the education select committee chair and a former skills minister, will meanwhile host a reception at the House of Commons.

At the reception, regional winners will be crowned in the ‘apprentice employer’, ‘apprenticeship provider’ and ‘promoting apprenticeships campaign’ categories.

The winners of the national awards will be announced at a glittering ceremony and dinner at the Annual Apprenticeships Conference in Birmingham on March 22.

Shane Mann, publisher of FE Week and chair of the judging panel, described the awards as “a great opportunity to celebrate the amazing work of employers and providers in the apprenticeship sector”.

“We were delighted to receive so many nominations for the inaugural awards,” he added. “It’s a testament to the world-class apprenticeship opportunities provided by our sector that the standard of applications was so high, and the judges had a challenging job to determine the winners.

“We’d like to thank everyone who took the time to submit a nomination and our judges for their time and consideration. I can’t wait to kick off the celebrations at our parliamentary reception at the start of National Apprenticeship Week”.

Mark Dawe, chief executive of FE Week’s awards partner AELP, who helped with the judging, said, “it was very difficult to choose winners in each category”.

“It’s fantastic to get so many applications in the first year. I was blown away by the range of amazing work being done by providers and employers,” he continued. “We partnered with FE Week on these awards as a way demonstrate the amazing work done by providers in supporting their learners and employers – we certainly have many examples of outstanding work demonstrated across the sector.”

Robert Halfon said the awards are “a fantastic opportunity to showcase and celebrate the excellent work going on in apprenticeships”.

“I want to offer my congratulations to all those nominated, and I look forward to welcoming those shortlisted to parliament during National Apprenticeship Week next month,” he added.

The AAC Conference will run from March 21 to March 23 at the International Convention Centre in Birmingham. National award winners will be announced at the AAC Gala Dinner on Thursday 22 March.

The conference programme is created in partnership with the DfE, and in a close working relationship with bodies including AELP, the Institute for Apprenticeships, the University Vocational Awards Council and Ofsted, making it the flagship national apprenticeship conference for employers and providers. 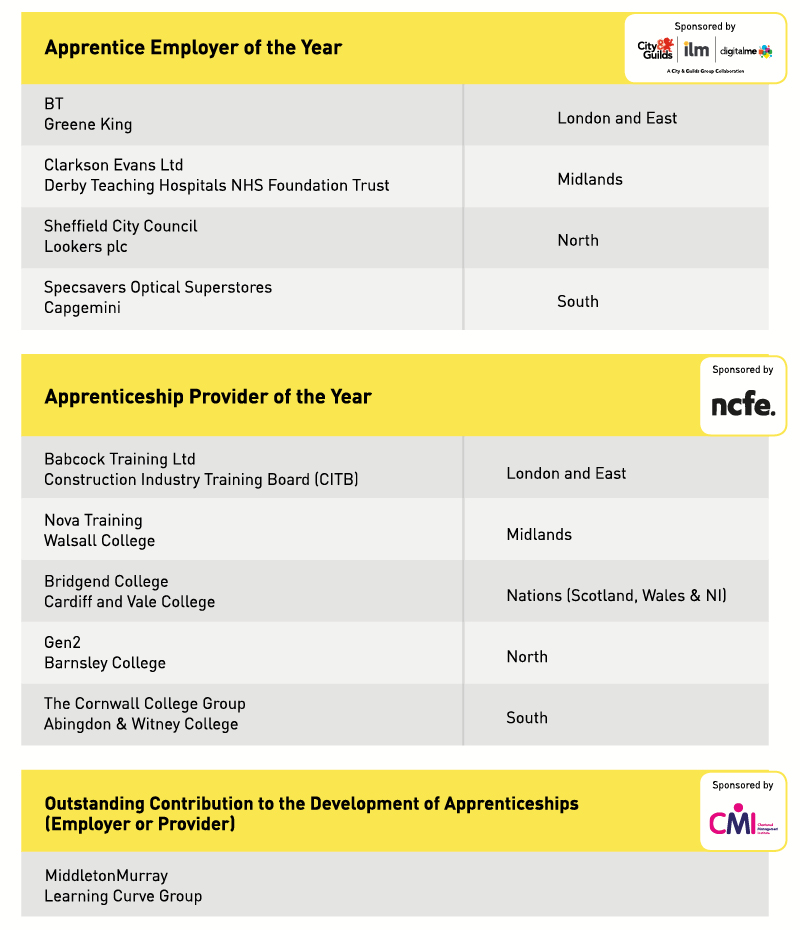 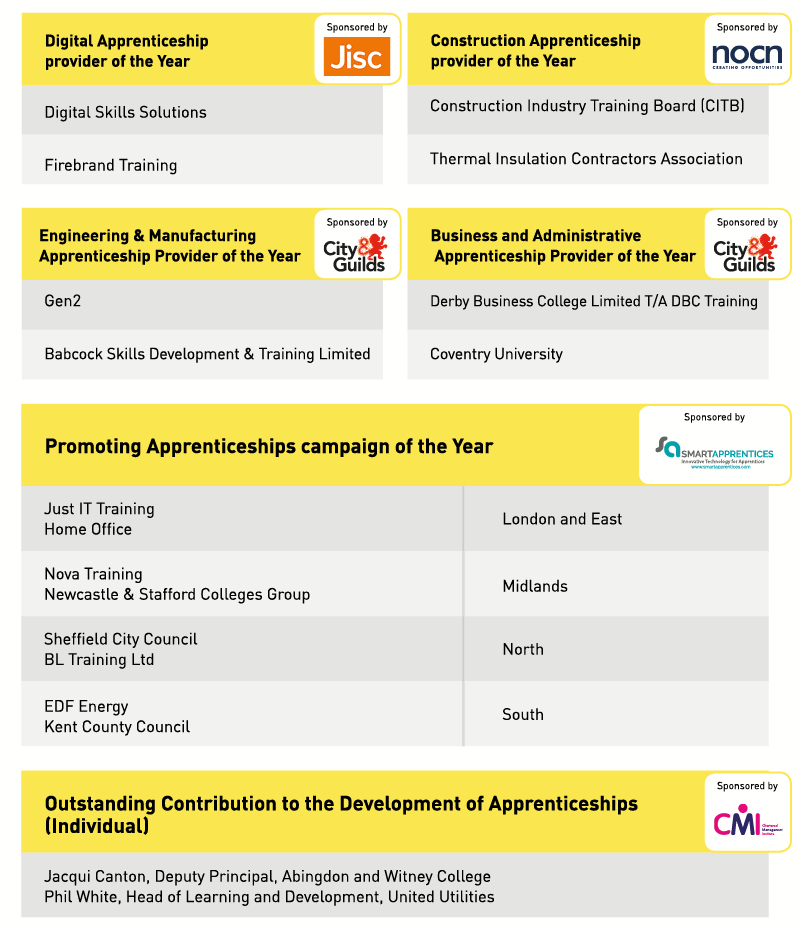