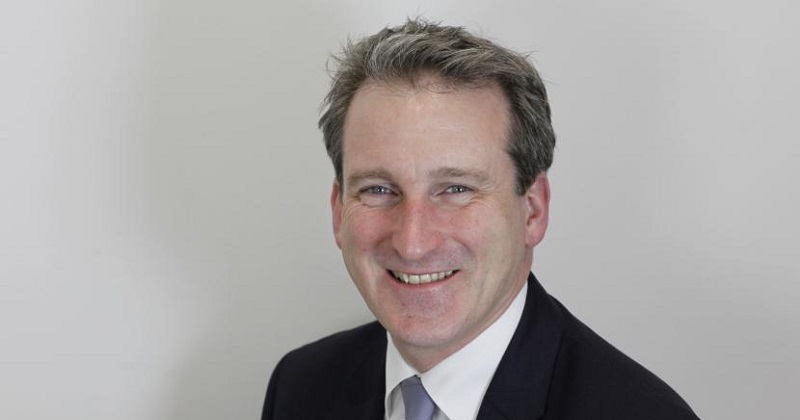 The new education secretary will ensure that every apprentice affected by the collapse of outsourcing giant Carillion will be found new employment to complete their training, he has claimed.

Damian Hinds responded this afternoon to a letter sent last week by Robert Halfon, the chair of the education select committee, who asked him to guarantee that no learner would lose out, after the UK’s largest employer of construction apprentices closed down.

“The Construction Industry Training Board has been identified as the best placed alternative provider for the training of Carillion apprentices.

“We will continue to work closely with the CITB to support apprentices to remain in existing placements or to find new employment with other local organisations, so they can complete their training.”

As the construction industry’s skills body, he said the CITB “should be able to maximise” every possible opportunity to secure new employment for Carillion apprentices in construction.

Mr Hinds added that if apprentices in the wider Carillion supply chain in England are affected, the ESFA has “well established processes to support them find alternative placements”.

Carillion went into liquidation on January 15, leaving the future of around 1,400 trainees, mostly 16- to 18-year-olds, uncertain.

Since then, FE providers started rallying behind the CITB to help those affected by opening their doors.

Today’s commitment will be music to the ears for many former apprentices, who feel they have been left in the dark since the collapse.

Liz Green, the mother of one former Carillion trainee, told FE Week last week that the whole situation “is a mess” and “has been handled badly from the start”.

Mr Hinds claimed today that all apprentices and other learners have now been contacted to “reassure them and advise them on next steps for the transfer to CITB”.

He said that the CITB’s centres are “geographically situated within what is anticipated to be a reasonable travel time for the apprentices, and critically they have the capacity and capability to take on displaced apprentices and study programme learners”.

The CITB is also supporting any 16-to-19 study programme learners affected.

Carillion was the second biggest construction firm in the UK. Its apprentices learned at its training division, Carillion Training Services, primarily in bricklaying, carpentry and joinery.

It held a £6.5 million ESFA contract last year and was rated ‘requires improvement’ by Ofsted in December 2016.

Affected apprentices can contact the CITB on carillion.apprenticeshipsupport@citb.co.uk or 0344 994 4010.