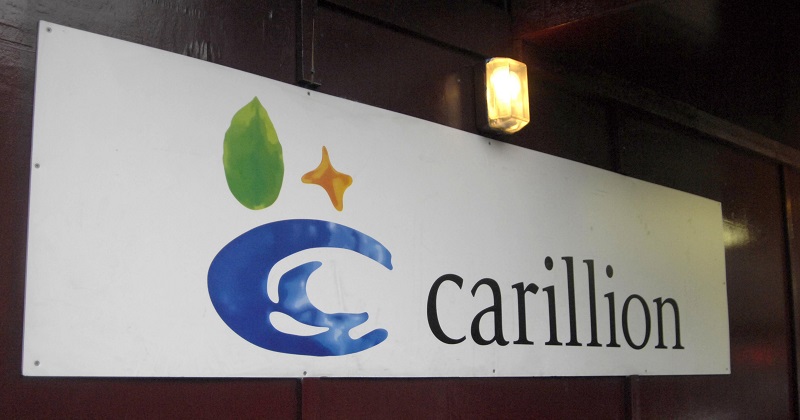 The UK’s largest employer of construction apprentices has gone into liquidation, leaving the future of hundreds of 16 to 18-year-old trainees uncertain.

The move for construction giant Carillion, whose training division held a £6.5 million Education and Skills Funding Agency contract for apprenticeship provision last year, came after talks between the firm, its lenders and the government failed to reach a deal to save the firm.

The company ran into trouble after losing money on big contracts and running up huge debts, according to a report by the BBC.

Its training department, Carillion Training Services, received a visit from Ofsted at the end of 2016 and was rated ‘requires improvement’.

At the time it was training around 2,000 learners, mostly 16 to 18-year-olds, with the help of three subcontractors: Mid-Kent College, Birmingham Metropolitan College and Hybrid Technical Services.

In May 2017 Carillion Training Limited was set up – presumably for levy-funded provision.

The firm’s website says: “Each year we recruit over 1,000 apprentices via training centres around the UK.

Gordon Marsden, the shadow skills minister, has spoken of his concerns about the way government has handled Carillion’s deteriorating situation.

“The overall way in which government has ignored the warning signs over Carillion in the last 12 months and continued to give out contracts has alarming echoes of the way they have behaved over the Learndirect shambles in a very different area,” he told FE Week.

“I am concerned at the large number of apprentices whose positions will now be of concern.

“It is important that the skills minister and Department for Education really make their voice heard in any government plans to rescue something from this mess and specifically to try and guarantee that those apprentices are either continued in their jobs or found alternative employers/providers.”

According to the government’s most recent national apprenticeship achievement rates, Carillion had 610 leavers – 580 of which were aged 16 to 18 – on the level two in construction building framework.

Its achievement rate sat at 63 per cent – one percentage point higher than the government’s minimum threshold.

FE Week is attempting to contact Carillion to find out more information about the future of their training division.

The Construction Industry Training Board has moved quickly to say that it is taking steps to secure the future of the Carillion apprentices.

“While this will present the sector with a number of challenges, CITB’s priority is to do all it can to ensure that Carillion apprentices can continue their training so their skills are not lost.

“We have established a project team to work with the apprentices and will be offering in principle grant and apprenticeship transfer incentives to our employer base in order to retain these learners.”

Ms Beale added that the CITB will be working closely with the ESFA, the Official Receiver and its network of college providers so that “every possible support” is in place to help these apprentices continue their training.

“We will be liaising with the Official Receiver with a view to contacting the apprentices as soon as possible.”

A Department for Education spokesperson added: “We have taken steps to protect learners by transferring the training of Carillion apprentices to the CITB, and we are grateful to CITB for helping us ensure learners can continue to gain the skills they need.

“We will continue to work closely with the CITB to support apprentices to remain in existing placements or to find new employment with other local organisations so they can complete their training.”