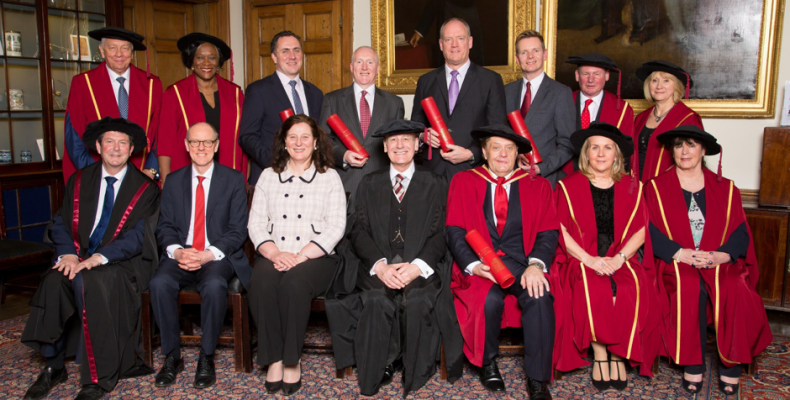 The Chartered Institution for Further Education is still being propped up by hundreds of thousands of pounds in government subsidy more than two years after it started accepting paying members, an FE Week Freedom of Information request has revealed.

Just eight providers have so far been granted chartered status – far short of the estimated 80 the body needs to become self-sustaining.

According to the figures received by FE Week, the CIFE received £210,067 from the Department for Education in 2017/18.

This means the government has now supported it to the tune of £1.35 million since 2013.

Plans for an institution – the brainchild of John Hayes, a former minister for FE and skills (pictured above at the inaugural admissions ceremony) – that would grant high-achieving FE providers a royal seal of approval were first announced by the now-defunct Department for Business, Innovation and Skills in 2012.

But it wasn’t until June 2015 that it was finally granted its royal charter, and it began accepting applications in November of the same year.

To date just eight providers have passed the CIFE’s rigorous entrance process, which requires evidence of qualities such as “an exemplary record of corporate governance”, “satisfactory financial health”, and a reputation for “honesty, openness and transparency” within the sector.

The CIFE’s chief executive Dan Wright told FE Week in May that he planned to have at least 80 members over the following two years, which would allow it to be financially self-sufficient.