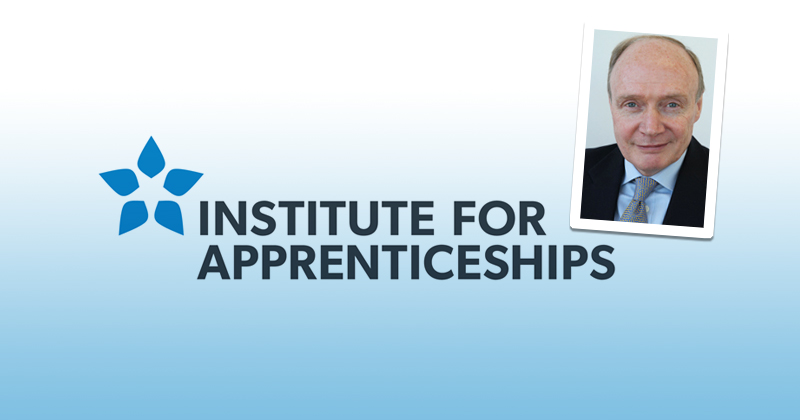 The new chief executive of the Institute for Apprenticeships is military man Sir Gerry Berragan, who was previously unveiled as a board member.

He was a career soldier for 37 years, finishing as adjutant general, responsible for all army personnel matters, serving between August 2012 and August 2015.

Sir Gerry had been appointed the army’s apprentices ambassador in 2008, to lead the effort to make the army the largest apprenticeships provider in the country, offering more than 45 schemes.

He was unveiled as one of the IfA’s board members in January, when it was also revealed that former Barclays chief executive Anthony Jenkins had been appointed as shadow chair.

Anne Milton, the skills and apprenticeships minister, said she was “delighted that Sir Gerry has been appointed”.

“He will drive the Institute to meet the challenges ahead, and I look forward to working closely with him. Having met Sir Gerry, I know that he will make sure that high-quality apprenticeships, available for everyone, will be at the heart of the Institute’s work,” she said.

“I am honoured to have been appointed as chief executive of the Institute for Apprenticeships,” said Sir Gerry, who will start in his new role on November 27. “I was closely involved in delivering high-quality apprenticeships during my army career and I have been an Institute board member from the outset earlier this year, so I understand the challenge.

“I look forward to working with employers to deliver high-quality apprenticeships to meet their needs, while providing excellent opportunities for people and employers across the country.”

The search for a full-time successor to outgoing IfA boss Peter Lauener, who is also coming to the end of his stint as chief executive of the Education and Skills Funding Agency, began in April.

The original closing date for applications was in late May.

It was revealed at the time that the position would be on a fixed-term contract of up to five years, with a salary of up to £142,500.

The initial recruitment round proved to be fruitless, with apparently no suitable candidates identified, so the IfA turned to headhunters in July.

They carried out a second round of interviews over three weeks up to the end of the first week of October.

The IfA has many important responsibilities, including developing and maintaining quality criteria for the approval of apprenticeship standards and assessment plans, which it also publishes, and quality-assuring the delivery of end-point assessments.

The DfE announced in October last year that Mr Lauener had been installed as the IfA’s shadow chief executive.

He had been planning to retire after permanent replacements were found to all three of his senior jobs, but it emerged last week that he will take over at the Student Loans Company later this month, after its chief executive departed suddenly under a cloud.

According to a statement on the SLC’s website, he will start in an interim capacity on November 27.

He will remain in the post until a permanent replacement for Steve Lamey is recruited.