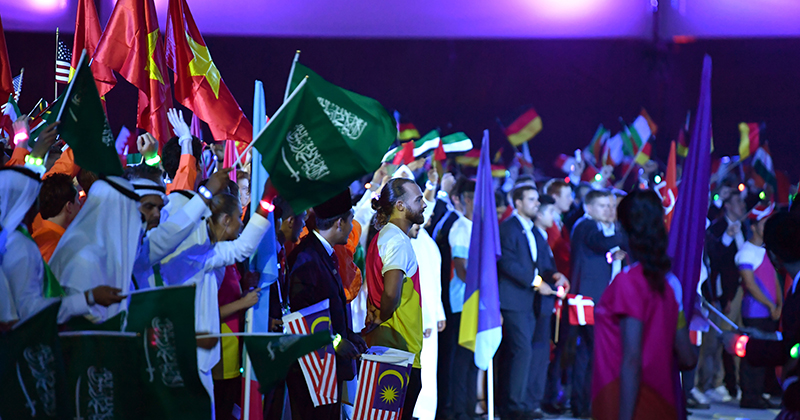 Today marks the end of the 44th WorldSkills competition – in which representatives from 59 nations have competed in an incredible range of disciplines from hairdressing to stonemasonry and aircraft maintenance to robotics.

The competition is hosted in Abu Dhabi and featured 1,300 competitors, watched by, among others, members of the UAE’s royal family and the UK’s skills minister Anne Milton.

The closing ceremony will take place today at 4:30pm (BST), and you can watch it from the livestream embedded in the article.

Results of the competition will be published by FE Week after the ceremony ends, and the winning competitors are presented with their medals in each of the 51 skills on display.

After four intense and exciting days, WorldSkills Abu Dhabi 2017 – the world’s largest and most prestigious vocational skills competition – has closed, and the results are now being calculated.

Today, there’s plenty of work taking place to make results and the ceremony run like clockwork.

WorldSkills Experts have marked the Competitors’ work and are currently feeding their findings into the official competition information system (CIS).

The WorldSkills CEO confirms the process and results, before presenting them to the board of directors for review. The WorldSkills management teams sign off the results for each skill.

The prestigious certificate for the Albert Vidal award – granted to the competitor who achieves the highest score overall across all skill competitions, named in memory of WSI’s founder – is prepared, and the award is later engraved.

You can access FE Week‘s coverage of the event so far here.

Watch the closing ceremony live below