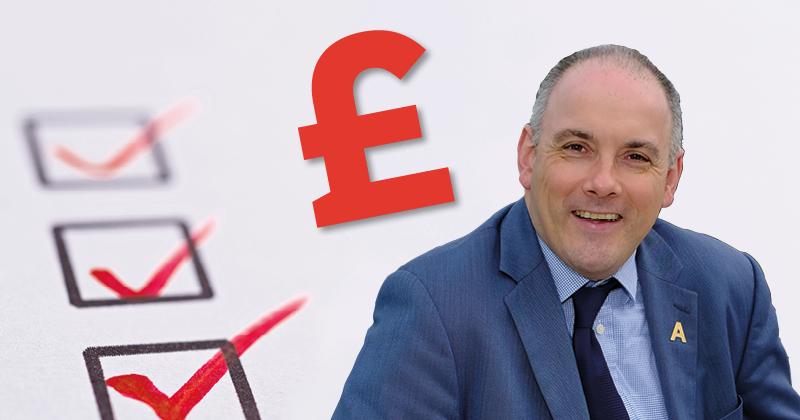 The chair of the influential Commons education select committee has questioned the worth of the employer perspectives survey, which cost the taxpayer almost three quarters of a million pounds in 2016.

Even the Confederation for British Industry has refused to defend it, after its price ballooned by around £235,000 in just six years.

The survey, which looks at the way employers’ make decisions on recruitment and training, has been run every two years since 2010, first by the defunct UK Commission for Employment and Skills and now by the Department for Education.

When presented with these figures, Robert Halfon told FE Week he was “very concerned” by the cost of these surveys and “whether they represent value for money”.

“I think much more should be done to get the private sector to sponsor these surveys and to demonstrate that they genuinely make a difference to policy,” he said.

The CBI, which acts as a pressure group for British business, meanwhile declined to comment.

The first UKCES employer perspectives survey was designed to “provide robust evidence for policy-makers regarding employers’ engagement and satisfaction with government support for recruitment and workforce development”.

It claimed that “at a time when public spending is under increased scrutiny” it would provide “an insight into the degree of employer engagement with government services and the extent to which they are providing useful support”.

The most recent survey, conducted between May and August 2016, and published the following June, interviewed more than 18,000 employers.

Information gathered through the research is presented “to improve initiatives designed to help individuals find work, as well as improve initiatives that support business growth and development of the workforce, so they better meet the needs of employers”.

The perspectives survey is run alongside the employer skills survey, which is takes place in alternate years.

The skills survey, which the DfE claims is “one of the largest employer surveys in the world”, gathers information on skills challenges faced by employers in their existing workforce and in recruiting new staff.

Recent research into the usefulness of the surveys, carried out by consultancy firm London Economics on behalf of the DfE, identified a “high value in answering key policy and research questions”.

“However, a number of consultees expressed the opinion that awareness and use of the surveys could be higher,” it noted.

The research explored a number of different cost-saving options, including merging the two surveys.

But it concluded that “the proposed options appeared to introduce change (and costs) without necessarily delivering any benefits that would warrant a fundamental reorganisation of the surveys”.

The only option that could save money was the “possibility of procuring the administration of the surveys on a longer-term basis”.

Research for the 2017 employer skills survey, which is due to be published next summer, is currently underway.

A DfE microsite for the 2017 survey, which has run from April and ends this month, describes it as “vital to the work of DfE and their partners both within national and local government”.

The DfE adopted both surveys after the UKCES was defunded in the government’s 2015 spending review, after which Mr Halfon’s predecessor as skills minister, Nick Boles, suggested that responsibility for them could fall to local enterprise partnerships.