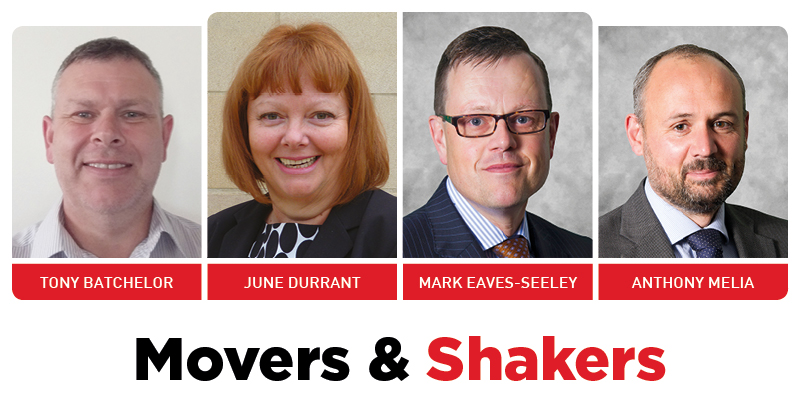 Tony Batchelor has been appointed training manager at the British Woodworking Federation, a trade association for the UK’s woodworking and joinery manufacturing industry.

In the newly created role, Mr Batchelor will be responsible for working to increase recruitment in the sector, and maintain and develop qualifications.

He will also work within the Centre of Excellence Network – an initiative set up by the BWF and the National Association of Shopfitters – to ensure training providers and colleges are meeting the needs of industry through regular audits.

Mr Batchelor spent his early career in the public transport sector, before working in training and skills, including a spell with the British Council to deliver training on vocational and educational projects in Asia.

The chief executive of the BWF, Iain McIlwee, said: “Perhaps the biggest change the joinery sector currently faces is to the skills landscape.

“Now for the first time we have a dedicated training manager role which isn’t split with other responsibilities. Tony is a vital part of our plan to attract talent into our sector.”

The deputy principal of Kirklees College, June Durrant, has retired this week after 31 years working in further education.

Ms Durrant has spent the last 13 years of her career at Kirklees College, joining in 2004 as head of school, before becoming a curriculum director in 2008 following its merger with Dewsbury College. She took on her current role of deputy principal in 2014.

Before this she spent 18 years working at Bradford College, of which she was an alumna, having studied A-level biology there in 1986.

“The best thing about my work has always been the people – all the staff and students who I have worked with along the way at both Bradford and Kirklees,” she said. “I feel very privileged to have been able to work in a sector that I know has the power to change lives.”

Ms Durrant plans to spend to spend her retirement pursuing her hobbies of crafting, knitting and watercolour painting.

There have been two new appointments at Qube Learning, a provider that specialises in apprenticeships, traineeships, short courses, e-learning and recruitment.

Mark Eaves-Seeley has joined as its learning and development director.

He takes up the position from his previous role as assistant director of partnerships and collaboration at Birmingham City University, which he held for just over a year.

He previously worked at United Learning for nine years leading on learning development and talent provision, holding the role of people development director and then dean from 2013 to 2015.

“I am very excited to be joining Qube at this pivotal point in the apprenticeship agenda,” he said. “We have an unprecedented opportunity to improve learning for apprentices and the impact they have in their workplaces.”

Anthony Melia has been named assistant director of learning and development.

He will take up the role alongside his position as head of quality and compliance at Qube learning, which he has held since 2014.

In his new position, he will be working closely with Mr Eaves-Seeley, supporting the design and implementation of Qube’s learning and development strategy.

Mr Melia has over 18 years’ experience in the training and education sector, spending a total of 15 years at apprenticeship training provider First4Skills.

“I look forward to working with the team to design and implement high quality learning and development solutions for our students, customers and our internal colleagues,” he said.