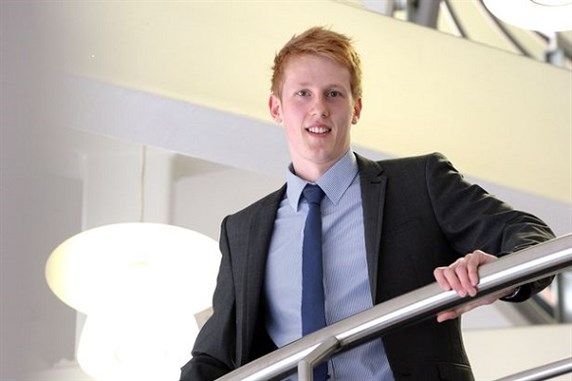 The first group of degree apprentices in the UK have graduated today, with seven out of the 11 gaining first class honours.

The Aston University learners were awarded bachelors of science degrees in digital and technology solutions, following three years of combined study and work with the global consulting, technology and outsourcing company Capgemini.

The other four all achieved second-class degrees.

Professor Ian Nabney, executive dean of the university’s School of Engineering and Applied Science, said: “Degree apprenticeships are a valuable option to applicants whose learning style is less suited to a traditional on-campus study route.

“The difference in delivery allows them to apply their learning in the workplace rather than the classroom. This offers those with the right skills and aptitudes a challenging but rewarding route to graduate-level jobs, while their academic achievement is recognised as being at the same high level as a traditionally earned degree.”

the skills and apprenticeships minister Anne Milton offered her own words of congratulation for the graduates’ graft.

“I am delighted,” she said. “The hard work and commitment involved is truly admirable and highlights the opportunities apprenticeships can bring.

“I hope this will encourage more people to consider a degree apprenticeship.”

Also recognised today at the ceremony was Sue Husband, director of the National Apprenticeship Service, who collected an honorary doctorate in science.

“I am absolutely delighted to attend the graduation of the first cohort of degree apprentices in the country, for what is a momentous occasion,” she said.

“Degree apprenticeships are a significant step forward, providing the opportunity to develop and nurture talented individuals, and are a key part of our apprenticeships reform programme.”

This good news will be welcomed by many involved with degree apprenticeships, which have endured a difficult time of late.

FE Week reported in June that many higher education leaders are issuing dire warnings about their very future.

The FE sector reacted in horror after the Education and Skills Funding Agency announced in April that it would pause the procurement process for providers delivering apprenticeships to smaller non-levy-paying employers, and would extend existing contracts instead.

It then emerged that many universities had been ruled out of delivering new degree-level apprenticeships to small employers from September, as they cannot be funded through the extended contracts.

It’s a situation that will risk the future growth of degree apprenticeships, according to Nicola Dandridge, the chief executive of Universities UK, the representative body for higher education leaders.

“Employers want degree apprentices to address key skills needs and to drive growth,” she said, adding that “any region that has many non-levy-paying employers, such as the south-west, will see very few degree apprenticeships supported from this procurement, regardless of employer demand or local enterprise partnership strategy”.

The problem arose because non-levy allocations for providers’ existing contracts were worked out on the basis of their previous delivery, a situation which will apply for the eight months between May to December this year.

As most degree apprenticeships are new programmes starting in September, they cannot be funded by existing contracts.

The pause has therefore meant that these new degree apprenticeships can only be funded through levy-paying large employers until December at least.

Five HE institutions – many of them modern universities, those that won their status after 1992 – and 20 FE colleges received funding through phase one of the Higher Education Funding Council for England’s degree apprenticeship development fund.

The cash, which totalled £4.5 million across 18 projects, was awarded in November with the specific aim of developing “new provision to support up to 5,200 new degree apprenticeships” from this autumn.

But Alan Palmer, head of policy and research at Million Plus, which represents modern universities, said the procurement pause puts  this commitment “at risk”.