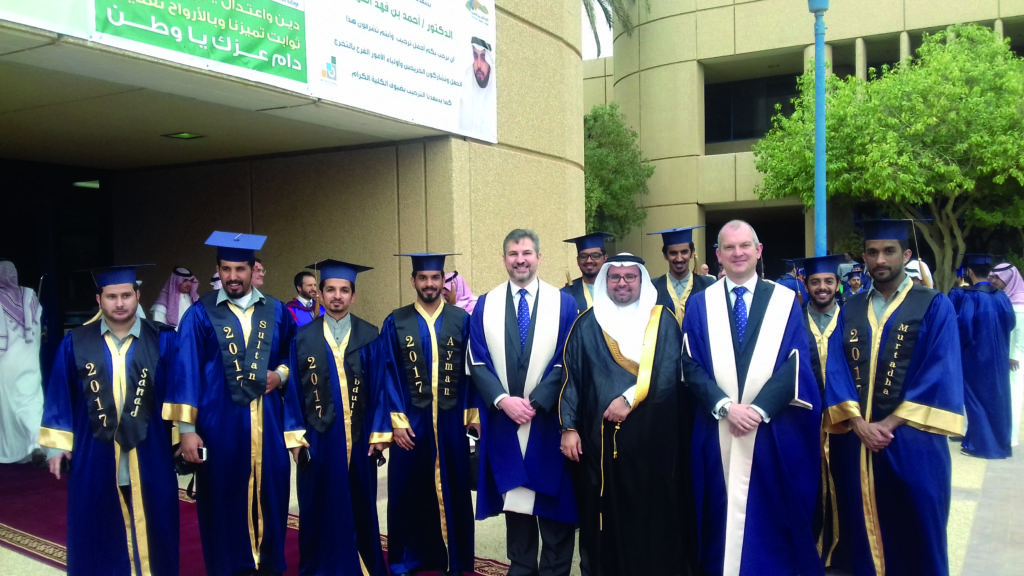 A three-year contract worth £58 million, to run a higher education applied engineering college in Saudi Arabia, has been secured by Lincoln College Group.

A spokesperson said LCG had to bid against several international college and university groups to secure the deal – meaning it will continue run the Applied Engineering College, formerly known as the Technical Trainers College, on a long-term basis.

It comes after FE Week revealed in April that the college planned to extend its involvement with the Saudi Arabian Colleges of Excellence programme.

A spokesperson has now told FE Week: “We took this college on before on a one year contract, and it was put out to tender for a formal biding process at the end of that period.

“The contract we subsequently secured has a value over the life of the contract of £58 million.”

The AEC has educated around 1,400 mechanical and communications technology teachers in Riyadh, at Bachelors degree level, over the last year.

This complements Lincoln College Group’s existing female college at Qatief, which has 2,000 students.

Chief executive Gary Headland claimed the new contract was a significant milestone, in the 130-year history of Lincoln College and the wider group.

“I am often asked about why we have chosen to export education to Saudi Arabia and China,” he said.

“In the words of the Department of Industry and Trade, businesses that trade internationally are on average 34 per cent more productive, 75 per cent more innovative, undertake three-times as much research and development and are in general terms more resilient than businesses that do not trade.

“Winning this bid, which represents a huge amount of work from our team, reaffirms the importance of our mission.”

The college group told FE Week in April that it “remains committed to operating in the Kingdom of Saudi Arabia for at least the next 20 years”, while confirming that it was involved in the bidding process for the technical trainers’ college contract.

The spokesperson also dismissed a rumour that CoE could close this year, saying the programme was “in no sense in jeopardy”, and was now focused on “the expansion of existing programmes and the opening of new colleges”.

Colleges of Excellence was founded in 2013 to boost technical and vocational education and training in Saudi Arabia, through partnerships with international providers, including a number of English providers.

Lincoln College was the only one from England to enter the CoE programme on its own.

It was awarded a huge contract worth £250 million in 2014 to establish three colleges in the Kingdom.

However, it announced in January 2016 that its two colleges in the Al-Aflaj region would be closed by the end of the month, as was subsequently reported in FE Week.

However, when speaking to FE Week on April 19, the spokesperson said: “Lincoln College International will make a surplus from 2017 onwards.”