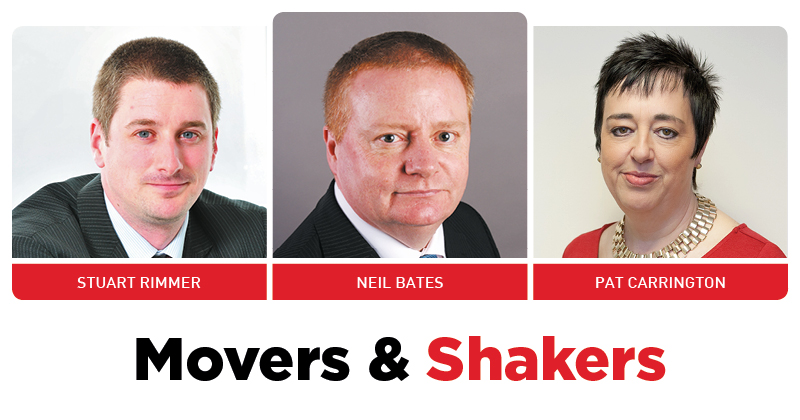 There has been a senior appointment at East Coast College, which was created by a merger between Lowestoft and Great Yarmouth Colleges.

The college now operates from campuses in Great Yarmouth and Lowestoft, and will formally merge over the summer in time for the new academic year.

Mr Rimmer has worked in education for more than 15 years, holding management roles at Newcastle College Group for four years, and spending seven years as the director of quality and enterprise at Lancaster and Morecambe College.

Alongside his new role, he is currently leading a project with the Association of Colleges in the eastern region on wellbeing in FE, and comments nationally on issues relating to mental health in education.

Speaking of his ambitions for the college, he said: “As well as focusing on student progression, education and training we will nurture our students to become the responsible, resilient adults that our region and communities need. I am a firm believer in promoting wellbeing and mental health.”

The principal of Prospects College of Advanced Technology, Neil Bates, is set to retire after leading the college for over three decades.

The college in Essex was the first new further education college in more than 20 years.

As well as leading the college, Mr Bates has held a number of other local and national roles. He was the founding chairman of the organisations that became the Association of Employment and Learning Providers and Group Training Associations England; char of the National Training Federation; vice chair of the Learning and Skills Improvement Service and a governor at a secondary school, UTC and a special school. He is currently a board member of independent education charity, the Edge Foundation.

Mr Bates will step down from the role at the end of this academic year, but added he is “certainly not retiring from the sector which I love”, adding “I am going to have a holiday and a break to think about what I might do next,”.

David Sherlock, chair of PROCAT, said “Neil’s departure at the end of September will mark the end of an era. He has been the seminal influence on the college’s direction and successful approach to employer-led learning. It is now up to us to honour that legacy by taking PROCAT to still greater international success in the new age of the levy and Brexit.”

Pat Carrington has meanwhile been appointed as the new chair of adult learning provider HOLEX.

Ms Carrington has worked in the adult and community learning sector for the past 13 years, and will take up the role alongside her current position as principal of City College Peterborough – a role she has held for six years.

Alongside her principalship, Ms Carrington is currently assistant director for skills and employment for Peterborough City Council, and also sits on the regional Ofsted Reference Group for raising standards and attainment in the Eastern region.

“I am looking forward to taking on this role in this period of change,” she said. “Adult education is a vital element of British life and HOLEX members are working hard to ensure learners’ lives are enhanced and local productivity is improved. Very exciting times”