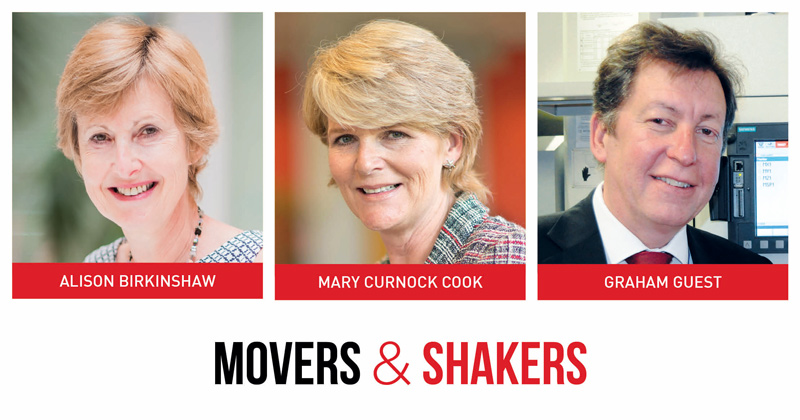 The principal of York College, Dr Alison Birkinshaw, is to be the new president of the Association of Colleges.

She will take up the role alongside her current position and will take over from Ian Ashman on August 1.

Ms Birkinshaw began her further education career in 1984 and has sworked as assistant principal of Runshaw College, principal of Nelson and Colne College and most recently, principal of York College; all three were rated outstanding by Ofsted.

In 2012 she was awarded an OBE and this year received an honorary doctorate from the University of York for her services to FE.

“This role will allow me to act as ambassador for the sector, and I look forward to drawing the attention of ministers and others in government to the big difference colleges make to the lives of individuals, communities and employers,” she said.

“I hope I can make a difference and live up to the expectations of my fellow principals, although I know that the work of previous presidents will be a hard act to follow.”

Her duties as president – which is a one-year term – will include promoting colleges to government ministers, meeting staff and students, and supporting the AoC’s chief executive, David Hughes.

Mary Curnock Cook OBE has been named as the next chair of governors at Kensington and Chelsea College.

The college is currently evaluating potential merger partners, with the interim principal, Michelle Sutton CBE, describing Ms Cook’s appointment as “exactly what the college needs at this time”.

Last month, Ms Cook stepped down as chief executive of the Universities and Colleges Admissions Service after seven years at the helm.

Prior to joining UCAS, she held the role of director of the Qualifications and Curriculum Authority, beginning her career doing secretarial work, working in the biochemical industry and then moving on to food and hospitality.

“One of our priorities in the merger is that we secure quality provision in the borough for both school-leavers and adults, combined with the efficiencies which will come from being part of a larger organisation,” she said.

“The magic of colleges is that they are the part of the education system that likes to say ‘yes’ to people’s aspirations regardless of where they need to start and which study route they need to take to fulfil their ambition.”

Graham Guest has been announced as the new principal and CEO of Telford College of Arts & Technology and New College Telford.

He will take the helm of TCAT and NCT with immediate effect, having previously been in post as deputy principal at Waltham Forest College.

The two colleges plan to merge and rebrand as Telford College on August 1; TCAT’s interim principal Ian Clinton will remain in post until July 31 to support Mr Guest in the lead up to the merger.

Mr Guest has worked in education for 28 years, beginning his career as a lecturer in building services. He has since gone on to work for six further education colleges, alongside running his own training provider business.

“There have been great strides made this year and I will be looking to keep up the momentum and take the new college to the next level with the support of staff,” he said.

“There is the opportunity to share best practice, knowledge and expertise from both sites and to build a strong and successful college in Telford.”