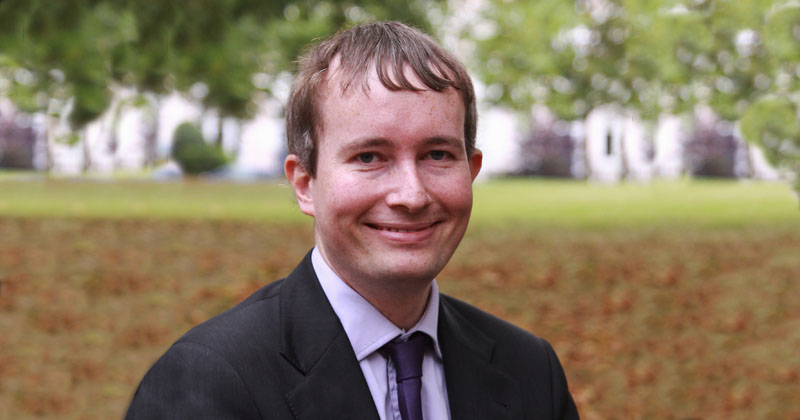 A campaign has been launched today to prevent huge Brexit-induced cuts to FE funding, which supports learners who “fall between the gaps” of mainstream provision.

European Social Fund investment, worth £2.4 billion though the 2014 to 2020 allocations round, pays for hundreds of projects geared at boosting skills and helping those out of work find jobs.

But the funding tap will be switched off after Britain leaves the European Union.

A campaign, launched today by the Learning and Work Institute, with backing from the Association of Colleges, HoLEX and the Association of Employment and Learning Providers, is calling on the next government to invest “at least the same value” in locally-driven ESF successor programmes.

Stephen Evans, LWI chief executive [pictured above], said: “Too many people in our country feel left behind, and as we leave the EU, it will become more and more pressing to grow our own skills. We simply can’t afford to lose investment of [up to] £500 million per year.”

ESF funding for this country is administered through the Education and Skills Funding Agency, Department for Work and Pensions, and the Big Lottery Fund, which provide match funding.

Many projects with the ESFA, which are being delivered with the involvement of local enterprise partnerships, focus on young people not in education, employment or training.

Around 80 providers – a mix of colleges and independent training providers – have current ESF contracts through ESFA, worth a total of £440 million,

One of these is Calderdale College, which currently has £35 million ESF funding for workforce development, in support of 13,000 employers and around 24,000 learners across seven local enterprise partnership areas.

Ebrahim Dockrat, director of external funding at the college, said withdrawal of ESF cash would “have a huge impact on the economy, employers, learners and ultimately some of the core programmes that we all deliver as FE institutions”.

“It supports the very learners that fall between the gaps of mainstream provision, and provides access to the mainstream for many low-skilled, low-wage people,” he said.

David Hughes, Association of Colleges chief executive, said ESF helped people “in the most economically disadvantaged parts of the country”. Any spending reduction would “widen existing social and economic divisions”.

“If we lose the equivalent ESF funding, then Britain’s problems of poor productivity will continue,” she said.

EU funding expert John Bell, senior partner at consultants Curved Thinking, told FE Week one of the strengths of the ESF programme was that it allowed local areas to focus on the issues affecting them – which it had done “very effectively”.

“If it’s not replaced, the problem will be that everywhere in the country will effectively get one size fits all approach to it from Jobcentre Plus, from the apprenticeship programme, so there’ll be very little opportunity to respond appropriately to local need,” he warned.

When asked to respond to the campaign call, a Conservative party spokesperson said the government had “moved swiftly to offer guarantees” of ESF projects signed before the UK leaves the EU, following last year’s referendum. Any future spending decisions would be “taken by our parliament and our government”.

A Labour spokesperson said: “We recognise the vital role the ESF plays in Britain, and we will ensure there will be no funding shortfall as a result of Brexit.”

Other bodies that have signed up to the campaign include the Employment Related Services Association, National Enterprise Network, Careers England, Campaign for Learning, and the National Council for Voluntary Organisations.