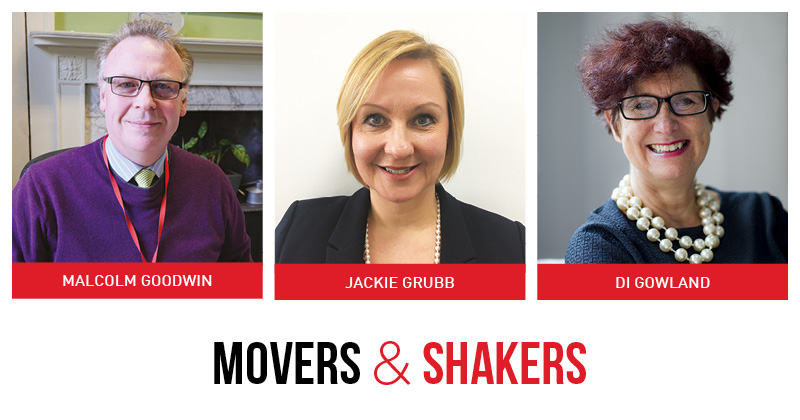 Malcolm Goodwin has been appointed the new principal of Capel Manor College in Enfield, London.

Mr Goodwin has worked at the college since 2013, first joining as an assistant principal before becoming vice-principal and deputy over the course of four years.

He will succeed current principal Dr Stephen Dowbiggin – who has worked at the college for 35 years – after his retirement in July this year.

Mr Goodwin says he is most looking forward to “supporting London’s need for land based skills” in his new role at the college, which specialises in land-based courses such as countryside, garden design, leatherwork and floristry.

Speaking of his appointment, he said “Capel Manor is a unique and special college that provides opportunities for the young and not-so young alike to get into the land-based industries. The college plays a vital role in the green agenda for London.

“The college is in a very good position with an excellent staff team and strong support from the land-based sector. It’s a very exciting time to be taking the helm.”

Jackie Grubb has been appointed principal of the new National College for High Speed Rail, which will open in September.

The college, which is spread across two campuses in Birmingham and Doncaster, will train learners in everything from rolling stock and track systems to civil engineering and communications, in preparation for the country’s future in high-speed rail.

In her role as principal, Ms Grubb – who has more than 30 years of experience working in further education – will oversee the technical training of around 1,300 learners annually.

She takes up the principalship from her position as deputy principal at Basingstoke college of technology, and before she this held a variety of senior roles, including being director of Swindon College.

She said she was most “looking forward to building a new, diverse workforce for the rail sector”, and hopes to continue to grow the network of employers working with the college in order to “produce the talented young people they need”.

She continued: “With the college gearing up to launch this September and produce a new generation of skilled professionals who will lead Britain’s rail industry, this is a great time to join the team”.

Di Gowland has announced she will be retiring from her role as principal and chief executive officer of the Newham College Group.

She first joined the college in July 2014, and has since lead it through a successful Ofsted inspection, as well as improving the organisation’s financial situation.

She says it was a difficult decision to “retire from such a brilliant college”, and thanked staff for their help and support in contributing the success of the Newham college group throughout her tenure.

She will be replaced by Paul Stephen, who for the past six years has been responsible for dealing with the estate and finances of both City and Islington College and Westminster Kingsway College, alongside supporting curriculum expansion.

He will take over the role when Ms Gowland steps down at the end of the academic year.