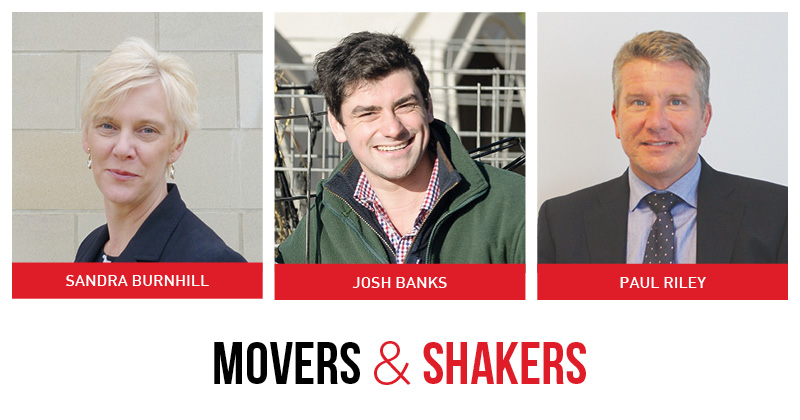 Your weekly guide to who’s new, and who’s leaving

There have been two new appointments at Askham Bryan College, which specialises in land-based courses.

Sandra Burnhill has been appointed executive director of the York college.

She joins Askham Bryan from her role as assistant principal at Kirklees College, which she has held since 2009.

Beginning her career as a police officer, she first started working in further education in 1989 as a sport and public services lecturer at Dewsbury College. She later became its head of department before moving on to the role of assistant principal.

In the new role at the college, Ms Burnhill says she is most “looking forward to returning to her North Yorkshire roots” and sees working in the land sector as going back to her “agricultural” beginnings, after growing up with the sheep her parents kept.

“For a while now I have wanted to work with students learning about the land-based sector,” she said.

“I am looking forward to working with the college’s curriculum team, particularly with the challenges and opportunities which government reforms to apprenticeships offer.”

She will begin in the role on March 20.

A former Askham Bryan student, Josh Banks, has been meanwhile appointed as the college’s farm manager.

He will be responsible for running the three farms at the campus – totalling more than 600 hectares of land – as well as supporting student learning and assisting with public visits such as lambing Sunday, which often attracts 5,000 visitors.

He will oversee facilities such as the college’s milking parlour, which has the capacity for more than 240 cows, as well as crops currently being grown across the land.

Mr Banks, 30, graduated from the college four years ago, and has since gained experience across the industry, specialising in livestock. He said he was “delighted to be back at the college”.

“During my three years there as a student I thoroughly enjoyed my learning experience.

“My degree gave me the ability to progress quickly through the industry, culminating in my recent appointment as the college’s new farm manager.”

Paul Riley has been appointed as the new principal at Worthing College.

The West Sussex college is spread across an 18 acre campus, and received a ‘good’ rating from Ofsted in its latest inspection.

Mr Riley takes up the new role from his prior position as interim principal at the college, which he has held since September last year following the retirement of Peter Corrigan.

In response to the appointment, he said he was “thrilled to be given the opportunity to be the guardian of the Worthing College community”.

He hopes to lead the college to an ‘outstanding’ Ofsted rating within the next three years, adding: “I am relishing the prospect of leading the organisation and continuing with the innovative work we are already doing to create an exciting and dynamic college in the heart of our local community.”