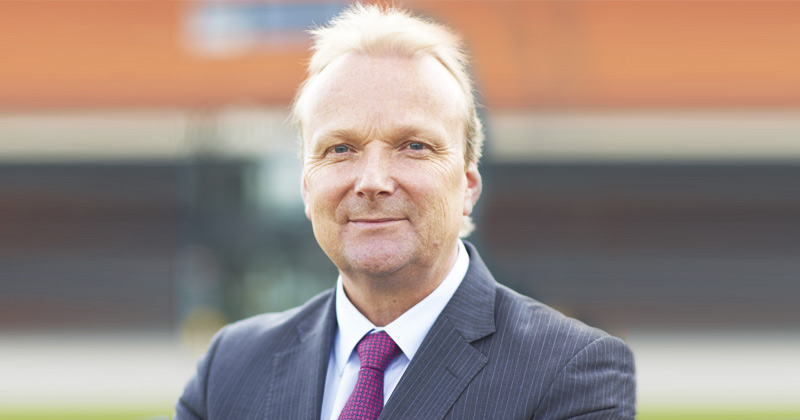 A college that recently switched merger partner following an Ofsted grade four has “agreed to release” its principal.

The departure of Simon Andrews (pictured above) from Stockport College, after just two years at the helm, was announced today.

Louise Richardson, Stockport College chair, said: “It is with sadness and regret that we have agreed to release our principal Simon Andrews, having made a significant contribution to the overall development and direction of the college.”

She said Mr Andrews had led the college, which was rated inadequate by Ofsted last November, towards a “secure future” with plans for a merger with Trafford College now “advanced”.

“Simon has led with dignity, professionalism, and vision through what has been an extremely difficult period for the college. The college is now a much better place and we will be very sorry and sad to see him leave,” she said.

No reason was given for Mr Andrews’ departure.

He took over as principal at Stockport in April 2015, replacing former interim principal Ian Clinton.

The college had been rated as ‘requires improvement’ by Ofsted in December 2014, up from its previous ‘inadequate’ grade in September 2013.

But it was downgraded again before Christmas, after the education watchdog found it to be inadequate in almost all areas.

As reported by FE Week, Mr Andrews said he would appeal the judgment as it did not “accurately reflect” the improvements made at the college over the previous 12 months.

Stockport emerged from the contentious Greater Manchester area review, which ended in June last year after nine troubled months, with a proposal for a three-way merger involving Oldham and Tameside colleges.

But, as reported by FE Week last month, that plan was scrapped following intervention by the FE commissioner Richard Atkin in favour of a link-up with Trafford College.

In an email dated February 3 and seen by FE Week, Trafford’s principal Lesley Davies told staff that the merger is expected to go through at the end of December and that she will lead the merged college.

Dr Potter led Guildford College from August 2012 until he stepped down at the end of October, having previously been principal at Wirral Metropolitan College following a career in the Royal Navy.

He said:  “I am delighted to be returning to the area, with a clear mandate of working with colleagues to take Stockport College forward and to provide a strong, successful and sustainable future for further and higher education in the area.”