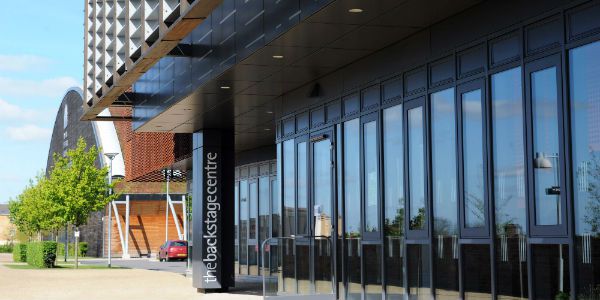 A high profile new government-backed national college has failed to make it onto the new Register of Apprenticeship Training Providers, due to what it claims is a “technicality” in its application.

The Skills Funding Agency announced the full list of providers that will be eligible to deliver apprenticeships from May this week, but the submission from the National College Creative Industries was unsuccessful.

The new college, based in Purfleet, Essex, opened to students in September. It began with 35 apprentices and, according to a spokesperson, has a commitment to sub-contract a further 12.

A statement from the college, sent to FE Week today, said: “The National College Creative Industries will be re-applying to the Skills Funding Agency to be accepted on to the RoATP.

“The original application submitted in November did not meet the criteria, in section nine of the 14 main assessment areas, due to a technicality.”

It added the reapplication process will open again at the end of March, when the college expects to “be successful” in its reapplication.

“This delay will not have any impact for apprenticeships currently being delivered by the National College Creative Industries.

“We are working closely with employers and we intend to deliver apprenticeships to non-levied employers, including small and medium enterprises as planned.”

The release said the college “remains committed to delivering high quality apprenticeships”, and intends to “pioneer apprenticeships with industry specialist assessors who are dedicated to working with our apprentices and employers”.

In being excluded from the register, the National College Creative Industries is in the company of a number of major apprenticeship delivering colleges, which told FE Week they were “stunned”, “disappointed” and “frustrated” at not making the list.

Those left out in the cold include Bournemouth and Poole College, Hartlepool College, Birmingham Metropolitan College and Northbrook College.

In May 2016, the government announced details of nearly £80 million in funding to support the creation of five new National Colleges.

The sector skills council, Creative & Cultural Skills, and its employer partners provided the National College Creative Industries with a start-up grant which enabled it to be incorporated and employ industry practitioners.

Up to £5.5 million of matched funding has also been allocated to it by the government for a “capital project”, but this is still under tender and the college is currently operating out of The Backstage Centre, a theatre venue in High House Production Park.

The National College for Onshore Oil and Gas was expected to open in 2016/17, but plans were understood to have stalled when Theresa May became prime minister, due to a need to assess what level of support her government intends to give to fracking in the future.