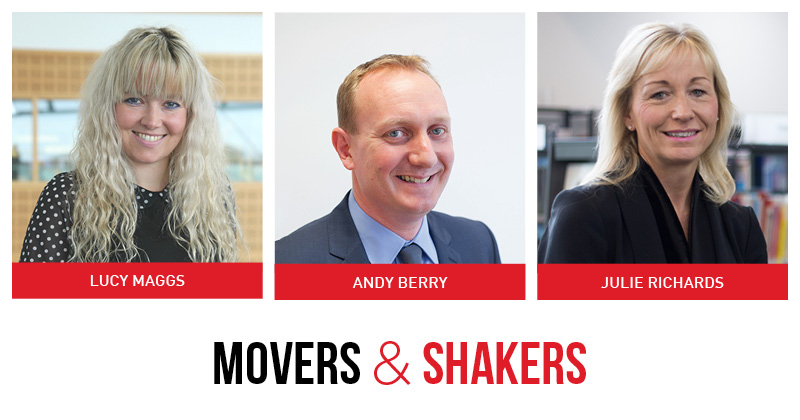 Your weekly guide to who’s new, and who’s leaving

Lucy Maggs has been appointed assistant principal at Callywith College in Cornwall.

The new college is due to open in September in association with Truro and Penwith College, where she currently works as a programme team leader for student services.

She will share the assistant principal position with Jon Grey, who was also recently appointed.

Her main responsibilities will include leading on student support, and she says she is “looking forward to being a part of all the individual student success stories”.

During her time at Truro and Penwith, Ms Maggs taught health and social care across A-level, extended diploma and foundation degree courses, held the role of programme team leader, and most recently managed student services.

Speaking of the college, she said: “Callywith will give the opportunity to raise life chances for young people in north and east Cornwall. Such outstanding local provision on their doorstep enables local young people to achieve qualifications that will widen their opportunities for the remainder of their lives.”

Andy Berry has been appointed the new principal of Bridgwater and Taunton College in Somerset.

The college was recently rated ‘outstanding’ by Ofsted and has received a total of 13 National Beacon Awards from the Association of Colleges for its innovative practices.

He will take over the role following the retirement of current principal, Mike Robbins, at the end of the academic year.

Mr Berry is currently vice principal at the college, a role he has held for five years.

The future principal says he’s most looking forward to working more closely with “the fantastic staff team”, adding: “These are exciting times for the towns of Bridgwater and Taunton, and for Somerset generally.

“I fully expect the college to continue playing a significant role in supporting economic development through the provision of high quality academic, technical and skills programmes for our students and employers.”

Derek Randall, chair of governors who led the recruitment panel, said “We anticipate that his appointment will also ensure continuity in our progress towards achieving our ambition of becoming a world class education and training organisation”.

Julie Richards has been appointed chief executive of the Chesterfield College Group.

Ms Richards, who was formerly deputy principal of Chesterfield College, began the new role at the beginning of March.

She will develop the way further and higher education is delivered, as well as working closely with the wider community.

Ms Richards has worked in the further education sector for almost 30 years, working in colleges and private providers across England, spending the last 20 years in senior management roles.

She first joined Chesterfield as executive director of business enterprise eight years ago, to lead on the development of apprenticeship provision and services to employers for the college group.

She has a strong connection with the college, after studying there at the age of 16, and returning in 1990 to undertake her teacher training qualification.

Speaking of her appointment, Ms Richards said: “Helping students progress and reach their potential, and supporting employers to grow and develop the skills they need for both now and in the future, will always be our prime objective.”