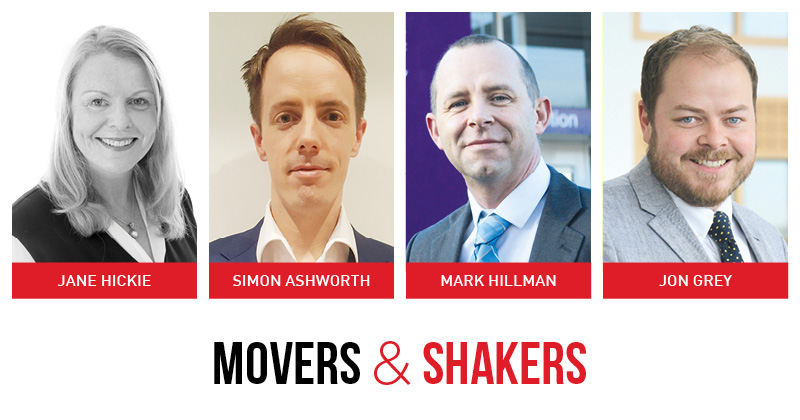 The Association of Employment and Learning Providers has made two major new appointments to its senior management team.

AELP is a national membership trade body for training providers in the UK with over 800 members across the private and public sectors.

Jane Hickie has been appointed chief operating officer, which is a new role at AELP.

She joins the organisation from her previous position as corporate partnerships consultant at Groundwork, a community charity, which focuses on engaging young people in improving their local environment.

In her new role, Ms Hickie will be responsible for building AELP’s membership, which comprises vocational learning and employment providers. She will also run the organisation’s head office based in Bristol.

His responsibilities will include leading on overall policy work, including the apprenticeship and justice reforms.

He will take up the position from his previous role at the training provider Babington Group, where he was director of new products and services.

There he was responsible for the development of new products and services linked to the apprenticeship reforms.

Mark Dawe, the CEO of AELP, said: “Jane and Simon are already making a big difference to the organisation and we can expect more staff recruitment including new apprentices to the AELP team over the coming months.”

Mark Hillman has been appointed the deputy principal of Basingstoke College of Technology.

He takes up the role at the Hampshire-based college following a three-year stint as assistant principal at the North East Surrey College of Technology, where his responsibilities included curriculum leadership, quality improvement and financial management.

He brings to the role more than 20 years of experience in education, beginning his career in FE as a maths lecturer and curriculum manager at Sixth Form College Farnborough, a position he held for six years.

Jon Grey has been appointed assistant principal at Cornwall-based Callywith College, which opens in September this year.

The new college is being opened in association with Truro and Penwith college, and will offer 27 A-level courses and 16 progression and diploma options for 16- to 19-year-olds.

Mr Grey, who is currently programme team leader for science at Truro college, will lead on teaching and learning in the new role. He will be working closely with principal Mark Wardle in ensuring a consistent quality of teaching throughout the college.

He says he “can’t wait to get started” in September, and is excited to be “part of the team that we are building Callywith College”.

Speaking of the importance of the new college, he added “Too many 16- to 19-year-olds in north and east Cornwall are forced to travel unacceptable distances to get an outstanding education. Opening Callywith in the heart of Cornwall will give students in the county a genuine alternative within an acceptable commuting distance.”