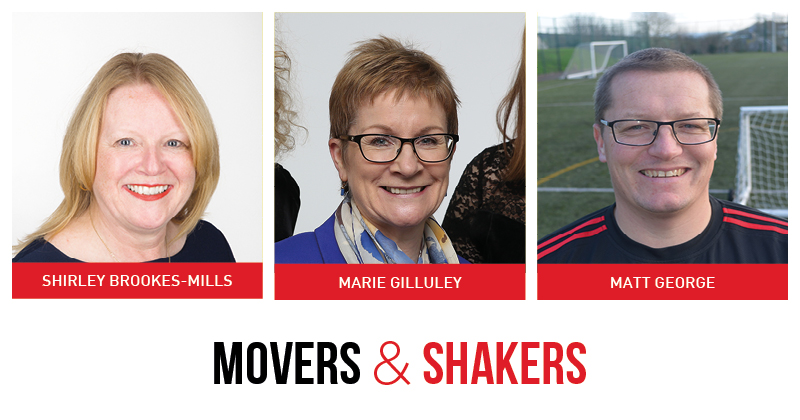 Shirley Brookes-Mills has been appointed the new academic head for two sites with the Newcastle and Stafford College Group.

NSCG is the result of a merger between Newcastle-under-Lyme college and Stafford college, which took place in November 2016. The group is now one of the largest educational providers in Staffordshire.

Ms Brookes-Mills has more than 26 years’ experience in the further education sector, and was most recently vice-principal at Brighton Hove and Sussex Sixth Form College, which currently holds an Ofsted rating of outstanding.

She began her career as a trainee chartered accountant in 1986 before taking up her first teaching position in 1989 as a teacher of English and KS4 coordinator at Malet Lambert school in Hull.

Her appointment follows the college’s recent announcement that A-levels will be returning to the campus in September 2017, alongside a launch of combined courses, both of which she will be responsible for overseeing.

She said “This is an incredibly exciting time to come to the organisation and deliver a new vision across both sites. I’m looking forward to the launch of A-level and combined courses along with the new Science and Technology Centre at Stafford College whilst also building on NULC’s high pass rates.”

Marie Gilluley is now principal of Kirklees college in Huddersfield.

Ms Gilluley brings 30 years of experience to the role, most recently as principal at Bolton college – a position she had held for the past five years.

As chair of the Greater Manchester Colleges Group she helped develop significant collaboration between the 10 FE colleges to improve curriculum quality.

Her first job in FE was as a lecturer in computer-aided engineering at Central Manchester college, something she says got her “hooked on FE and its power to change lives”. Prior to this she had a brief stint as a plant engineer in County Durham, where she was responsible for training apprentices.

Ms Gilluley says it was Kirklees college’s “responsibility for industrial liaison” that first attracted her to the role, adding: “Employer engagement and responsiveness has been a theme throughout my career in FE and something I have always believed in.”

Speaking of the challenges she will face in the role, she said: “There will be continued change in our sector and I believe I am someone that can quickly get their feet on the ground within the communities I serve. I’m able to work constructively alongside colleagues to build relationships and influence decision-makers.”

Mr George will take up the new role alongside his position at the college, where he teaches on the BTEC level three coaching, development and fitness course.

He hopes the appointment will inspire his students, saying: “Having worked towards and achieved my UEFA B licence and FA goalkeeping B license, to coach goalkeeping and training as a teacher, will mean students have a positive example of where success, commitment and dedication can take them.”

Martin Tucker, the director of Penwith College said: “To have an international coach working with our sport students is an asset to their education and development.”