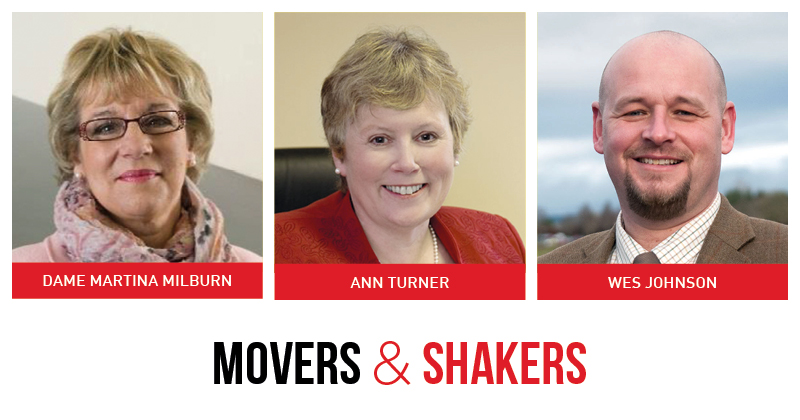 Dame Martina Milburn, the chief executive of the Prince’s Trust, has joined the board of City and Islington Westminster Colleges in central London.

A former journalist, Dame Martina became chief executive of the BBC Children In Need appeal in 2000, a post she held for four years before moving to the Prince’s Trust, which has an annual turnover of £66 million.

She says she is “passionate about quality vocational teaching and offering students an outstanding learning experience”, and hopes to bring her experience in leading large-scale organisations, community relations and managing change programmes to her new role on the board.

She said: “In my personal and professional life I have seen first-hand the excellent work undertaken at the City and Islington and Westminster Kingsway colleges.

“In fact, I was so impressed by their work I recommended the college to my nephew when he was looking for somewhere to study.”

Westminster Kingsway and City and Islington Colleges merged to form the new group on August 1, 2016. With a combined enrolment of over 26,500 students and a combined income of £85 million, the two founding colleges now form the largest FE institution in London.

The current principal of Myerscough college, Ann Turner, has been appointed as the new chair of the Lancashire Colleges.

Ms Turner has been principal at Myerscough College for more than a decade, since 2006. During this time she has helped establish the college’s reputation as one of the UK’s leading specialist land-based and sports colleges.

Alongside her principalship, she is the current chair of Landex, the national association for land-based colleges, as well as a director of the National Land-Based College, Cultiva, and a rural advisor to the Lancashire Enterprise Partnership.

Speaking of her appointment, Ms Turner said: “Individually, colleges have such a positive effect on the lives and education of the county’s young people and adults, but working together we achieve even more. I’m excited to take on this role and driving forward the next chapter for the Lancashire Colleges.”

Ms Turner will take over from existing chair David Wood, who has been in the role 11 years, bringing in more than £20 million in additional funding for Lancashire during his tenure. He will step down in March 2017.

Wes Johnson has been appointed principal at Lancaster and Morecambe College, based in Lancashire.

Mr Johnson will step down from his existing role as campus principal at the Penrith-based Newton Rigg College after almost five years at the helm.

Mr Johnson joined Newton Rigg college in 2012 following its acquisition by Askham Bryan college and, under his leadership, has seen student numbers grow from 350 to
around 1,000.

He has overseen a number of improvements to the college during his tenure, including the installation of a £3 million dairy unit at the home farm, updating existing buildings on the main campus, and a new equestrian centre.

Mr Johnson commented: “I look forward to taking up my new role, working with the local community and industry to ensuring the technical and professional qualifications the college delivers meet the needs of both individuals and businesses, and drives forward the economic wellbeing of the region.”